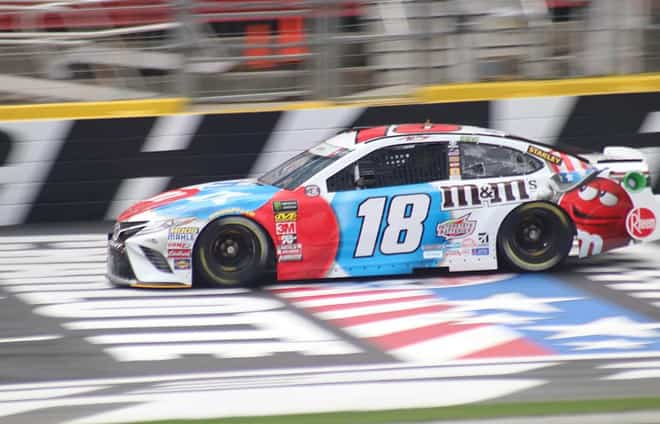 Kyle Busch took one step closer to racing his way to his first points-paying Cup win at Charlotte Motor Speedway, winning the pole for the Coca-Cola 600 on Thursday night with a top speed of 191.836 mph.

“You’ve just got to take it in stride and keep up with the changes the track throws at you,” Busch said when asked about what it will take to turn the pole into a win on Sunday, when teams will run 400 laps at Charlotte. “The nighttime will come and it will keep getting better and better.”

Busch has eight XFINITY Series wins at Charlotte and five Truck Series wins, making him the winningest NASCAR driver at Charlotte despite not having a Cup win in a points race.

The biggest surprise of the night came by way of Kevin Harvick, who didn’t turn a lap after failing pre-qualifying inspection three times.  The No. 4 car chief, Robert Smith, was ejected from the track.  Harvick will start 39th on Sunday, with JJ Yeley in 40th (Yeley also didn’t complete a lap in the session). Harvick will also serve a 30-minute practice hold Saturday.