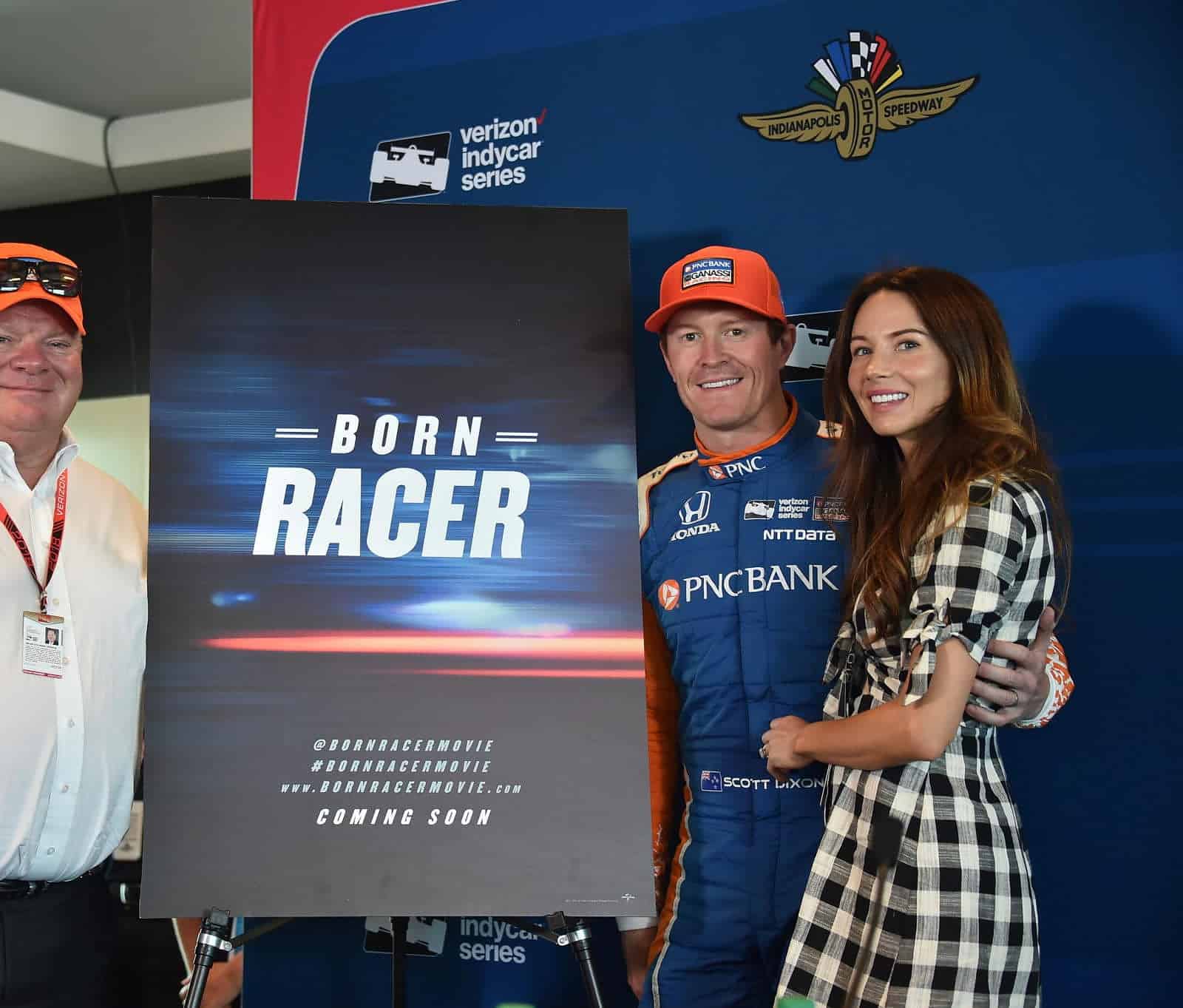 Scott Dixon is one of the most successful IndyCar racers — not only of this generation — but in the history of the sport.

The Auckland, New Zealand native is a four-time series champion, an Indianapolis 500 winner, and the owner of 41 race-winning trophies.

Later this year, his life and career with Chip Ganassi Racing will be on the big screen in ‘Born Racer,’ which is scheduled for release in the United States this fall.

Dixon has driven for Chip Ganassi in all 18 years of his IndyCar career. Ganassi said Dixon’s “unrelenting desire to win” is what made him a multiple-time champion and one of open-wheel’s greatest drivers.

The project started shortly after last year’s Phoenix Grand Prix and filming lasted until November. It will highlight Dixon’s 2017 season, his spectacular crash in the 101st Indy 500, and his relationship with wife Emma. The couple has been married since 2008 and has two daughters.

“We’ve achieved a lot,” Dixon told Frontstretch during a news conference on Friday. “It was really just trying to find the right fit and make sure the essence of what we’re capturing is good. I think for IndyCar, this is huge. I think it’s the most exciting racing on the planet and it doesn’t get the credit it deserves.”

Dixon has become one of the most recognizable names in American auto racing. The organization he races for is also a weekly contender in NASCAR, and fields competitive Ford GTs in the IMSA WeatherTech SportsCar Championship. His success combined with the high regard of CGR and the increasing popularity of IndyCar makes the timing perfect for a film.

“I hope this alone helps capture what we do and what goes into it,” Dixon said. “One day maybe helps kids, and the younger generation gets into the sport … it’s so great in many different areas.

“Pit stops, mechanics, there’s such a broad range. I hope everybody shines a spotlight on IndyCar racing.”

The movie is co-produced by Universal Pictures Home Entertainment Content Group and GFC Films, and Bryn Evans is the director.