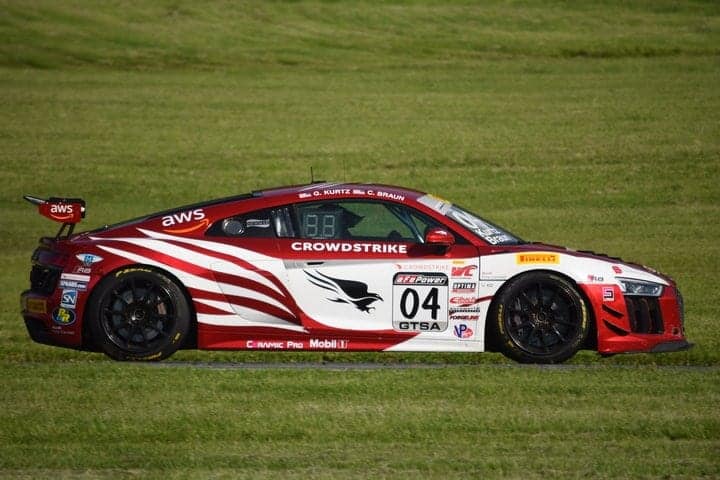 GMG Racing’s Colin Braun was fastest overall in Saturday’s sole GTS SprintX practice session at Lime Rock Park.  His time of 55.032 seconds (96.424 mph) is the fastest GTS lap of the weekend to this point.

Braun’s lap was one-eighth of a second faster than PFAFF Motorsports’ Kyle Marcelli, who was fastest in practice on Friday in his Porsche.  Classic BMW/Fast Track Racing’s Stevan McAleer was third fastest in his BMW, followed by Murillo Racing’s Mercedes for Matthew Fassnacht and Christian Szymczak.  NOLAsport’s Jason Hart was fifth quickest in Pro-Am.

In the Am class, MarcoPolo Motorsports’ Nicolai Elghanayan was fastest in his KTM X-Bow.  Elghanayan’s lap of 55.286 seconds (95.981 seconds) was good enough for fourth overall.

The top 22 cars overall were within one second of Braun’s best time.

GTS SprintX qualifying is scheduled for 2:25 p.m. ET Saturday afternoon.  That will set the grid for GTS SprintX Race No. 1, which will go green Monday morning at 9:55 a.m.