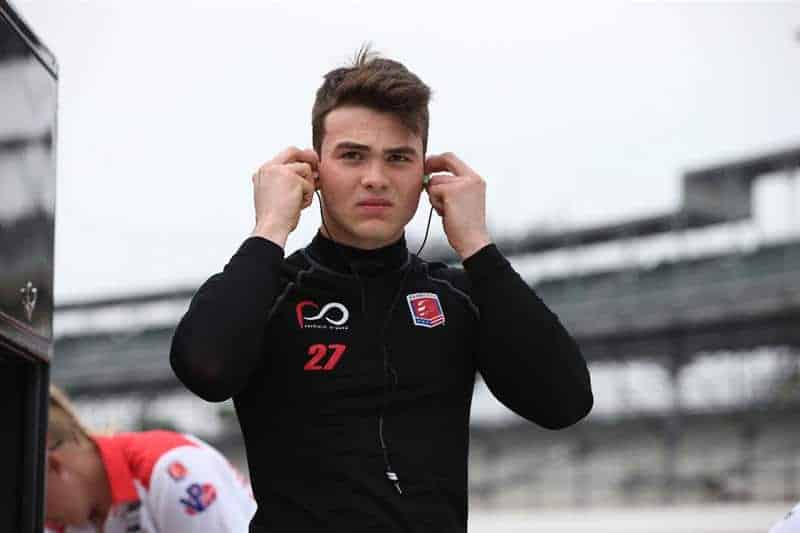 O’Ward entered the race at Indianapolis Motor Speedway with a one-point lead on Herta in the Indy Lights championship but now trails by four points.

The Monterrey, Mexico native is running his first full season of Indy Lights and has won three of the seven races. He’s dominated by winning four poles and leading 126 laps this year, twice as many as the next driver Santiago Urrutia.

Although still a teenager, he’s created a positive spotlight for himself in IndyCar’s feeder series.

“The objective is to win the championship this year,” O’Ward told Frontstretch. “Obviously, I would have loved to win the Freedom 100, but we just missed it by a wing. We look good for the rest of the year. We’ve got three wins already. We’ve got four poles. We’re just going to try to win them all, starting in Road America.”

“It’s just a different kind of racing,” he said. “It’s not the same as here (Indy Lights). Basically, here, it’s just sprint. You go out and push, and you want to win. Over there, you have teammates. If you do a good job and they do a bad job, your race is bad.

“I personally prefer this way more because I am the one taking care of myself. It’s just a different kind of racing, and I’m going to be working towards an IndyCar ride for next year and the coming years.”

O’Ward was part of the winning team in last year’s Rolex 24 at Daytona. He’s building a résumé that will attract IndyCar owners when the season is complete.

If O’Ward wins the Lights title this year, he’s guaranteed a $1 million scholarship toward competing in the IndyCar Series next year and will be secured into three races, including the 103rd Indy 500.

“I think if you put me in an Indy car, I would need to learn, but I wouldn’t come back to Lights,” he said. “I’ll be ready for IndyCar.”