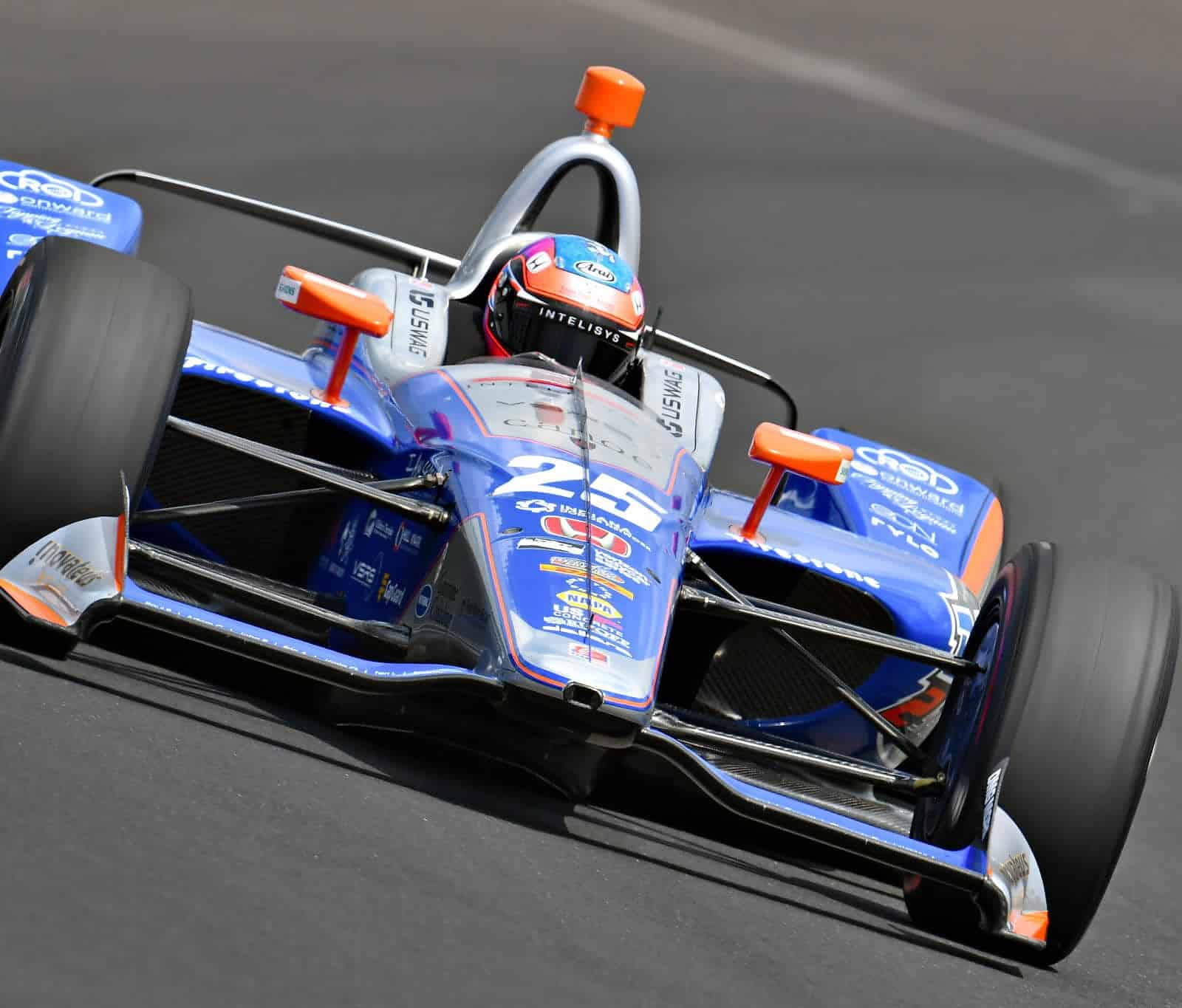 Sunday’s 102nd Indianapolis 500 had plenty of attractive storylines to be settled across 200 laps at Indianapolis Motor Speedway… and one of them nearly won.

Stefan Wilson entered his first Verizon IndyCar Series race Sunday in two years, when he last competed in the Indy 500 in 2016. The Englishman returned this year with a partnership with Andretti Autosport, which put him in his best equipment yet for the world’ biggest race.

But what made Wilson’s story truly special was his tragic background. Stefan’s brother Justin, was killed in 2015 after an accident at Pocono Raceway and the sad loss kept something deeper on his mind throughout the Month of May.

Though the emotions of the month were heavy, they hit an all-time high when he grabbed the lead on the final restart toward his first career laps led in his third IndyCar start.

“Honestly, those couple laps I was leading, Justin was on my mind,” Wilson said. “I was hoping he was going to pull some strings for me and pull out a yellow.”

It was a caution that would become necessary to victory for Wilson. The 28-year-old stretched the fuel tank, joining Oriol Servia and Jack Harvey in the top three positions late. The final restart gave Wilson his time out front, however, he was forced to pit from the lead with just four laps to go.

“I just wanted to get to the front, get by Oriol and get into some clean air,” he said. “I knew we were fast enough in clean air. We passed Will [Power] halfway through the race to get my lap back. That felt good to actually pass the leader at that point. That was a highlight for me.

GREEN FLAG RESTART.?
Wait for it…@stef_wilson to the front!?

“Leading that lap at Indy was just incredible. You could feel that — if only the timing, if it was a yellow it would’ve been my dreams made.”

Grabbing the lead in nearly identical fashion to how his brother led laps in his final Indy 500 in 2015, Wilson upped his aggression at the end, having lacked it most of the event.

“I was very, very cautious on the restarts; I lost positions on every restart,” he said. “When you’re out of the car for two years, I just wanted to bring it home. I didn’t want to get mixed up in someone else’s accident. I could’ve been a bit more aggressive maybe but at the same time, I didn’t want to wreck my race.”

Starting 23rd, Wilson ended the day 15th after the final pit stop. However, the late strategy game put his name on the minds of everyone and that spotlight is invaluable for Wilson, who has no plans for future racing after Sunday.

“I just don’t know if that’s going to be my last couple laps of Indianapolis,” he said. “I don’t know what the future holds for me. I don’t have any guarantees or security for next year, so I hope this is not my last Indy 500.”

If opportunity never meets Wilson again, the part-time talent was proud to give it his all on Sunday with his team behind him.

“I’m just really proud of my team, just an incredible job,” he said. “There was a lot of emotion when I got out of the car because it’s over; we have a whole year to wait. I’m happy to bring it home in one piece, finish every lap. There are a lot of positives to take from here.”