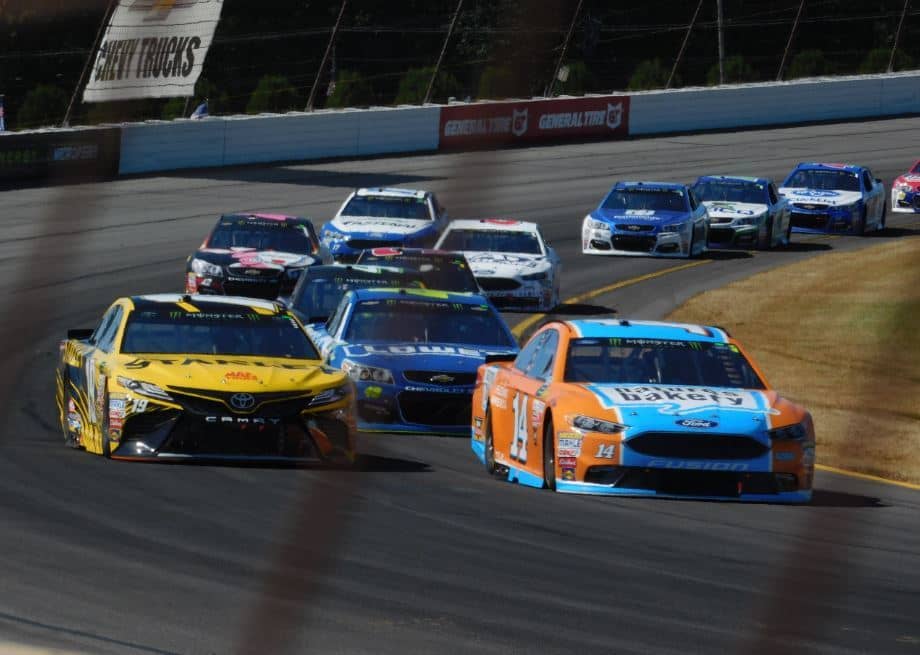 Following the longest race on the NASCAR schedule, the Monster Energy NASCAR Cup Series moves on to Pocono, the Tricky Triangle, for the Pocono 400. 39 cars have been entered, so all of the teams will race on Sunday (June 3).

Stewart-Haas Racing prospect Cole Custer returns to MENCS driving the Haas-sponsored N0. 51 Chevrolet for Rick Ware Racing. While Custer has been listed on entry lists at least four times in the No. 51 this season, Sunday will be his second MENCS start of his career. He started 30th at Las Vegas for Rick Ware and moved up to finish 25th.

Reed Sorenson is set to make his eighth start of the MENCS season as he takes the seat of the No. 55 Premium Motorsports Chevrolet from Jeffrey Earnhardt. Sorenson recorded his season-high finish of 27th in his most recent start at Kansas.

Cole Whitt takes over for Corey LaJoie in the No. 72 TriStar Motorsports Chevrolet. Whitt started a majority of the first 10 races of the season for TriStar, recording a season-high finish of 19th in Texas.

1990 Daytona 500 winner Derrike Cope is back in the No. 99 StarCom Fiber Chevrolet for his second start of the season. Cope withdrew from competing in the race in Kansas back on May 12th.

Kasey Kahne‘s No. 95 Chevrolet will be sponsored by the FDNY Foundation, a foundation created to help all firefighters in New York City. The Foundation graced the hood of Leavine Family Racing’s car in this race last year when Michael McDowell was still driving.

NASCAR practice will begin Friday, June 1 at 11:35 a.m. ET on FOX Sports 2, with qualifying scheduled for later on Friday at 4:15 p.m. ET, also on FOX Sports 2. The green flag is scheduled to fly around 2 p.m. on Sunday with coverage on FOX Sports 1.