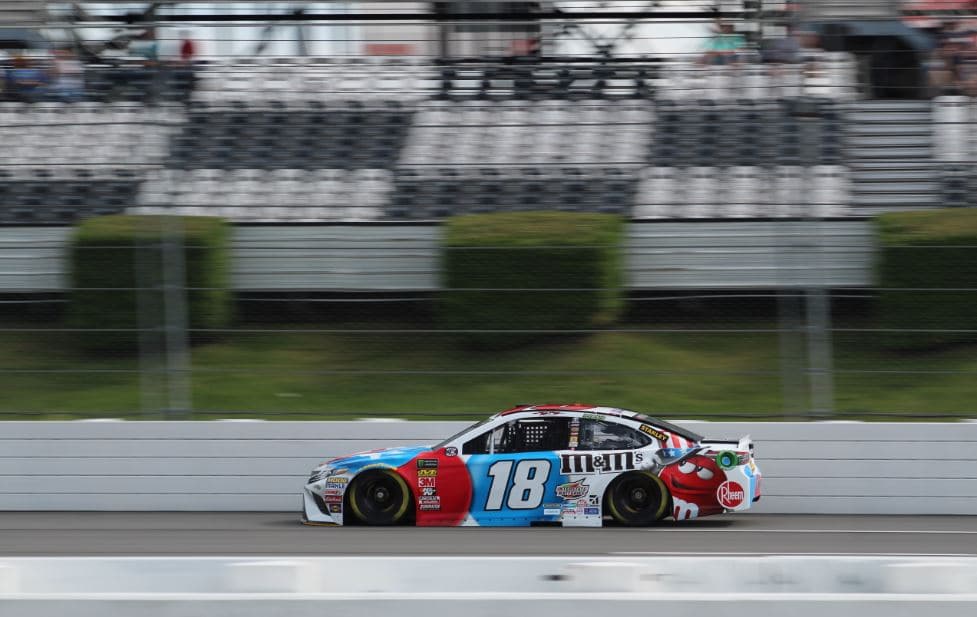 Outside of qualifying, Kyle Busch has been the fastest guy at Pocono Raceway, sweeping both practice sessions.

In Saturday’s (June 2) final practice for the Pocono 400, Busch topped the speed chart at 174.588 mph, covering the field by more than one-tenth of a second. Just behind him was five-time 2018 winner Kevin Harvick (174.115 mph). The No. 18 team is looking for its second consecutive win this season as well as its second straight victory at the Tricky Triangle. Together, Busch and Harvick have won nine of the first 13 races this season in the Monster Energy NASCAR Cup Series.

All 38 cars took at least one lap in the session. Logano turned the most laps with 49.

There was one incident in the 80-minute session. That came 17 minutes in when Ricky Stenhouse Jr. went for a spin coming off the Tunnel Turn. The No. 17 car hit the bumps and lost control of his Roush Fenway Racing Ford; however, the car was undamaged. Stenhouse wound up with the 19th quickest one-lap time in the session.

Green flag for the Pocono 400 is set to fly shortly after 2 p.m. ET on Sunday, June 3. Temperatures are expected to be at least 10 degrees cooler than Saturday’s practice.

Blaney is the defending winner of the race.