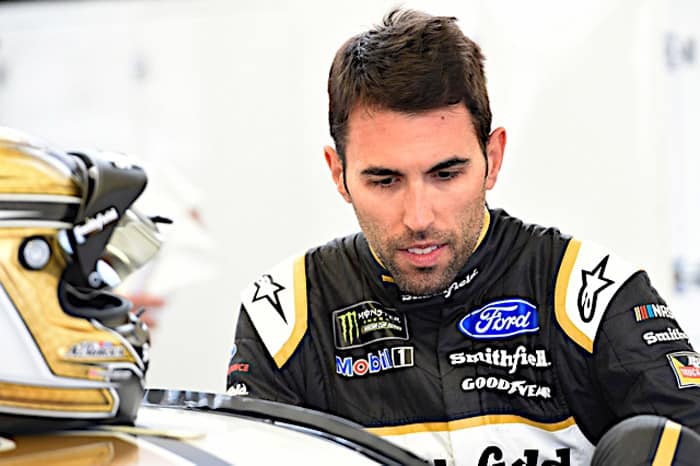 Daily fantasy NASCAR heads to Pocono Raceway this weekend for the Pocono 400. Sunday’s race is the first of two Tricky Triangle events on the Monster Energy NASCAR Cup Series schedule.

FanDuel debuted its new daily fantasy NASCAR contest at Talladega Superspeedway a few weeks ago and it will continue on throughout the 2018 season. Go to fanduel.com/frontstretch to sign up FREE and you’ll get a FREE contest every night until you win $$$! You literally can’t lose your first time out.

Also, with only 0.1 points awarded for each lap led by a driver, the need for a dominator is less important when building a winning lineup. This 160-lap race will only have a total of 16 points up for grabs in this category. Take note when building your roster and focus on mid-pack drivers who can climb up toward the front on race day.

Here are three drivers that are primed for a big night at Pocono.

Although Busch did not win the pole, he has one of the fastest cars this weekend. He had the top mark in single-lap speed during first practice and also recorded the best five-lap average among those in the field. With only 16 points to split between drivers for laps led, taking the lower-salaried Busch over the other favorite Kevin Harvick will allow more room to the rest of the roster while not sacrificing many points.

Busch led 100 laps in a ninth-place effort during the first race at Pocono a season ago. He followed that up with his first win at the track the next time the series stopped by.

Busch is the current points leader and has all the momentum this week. I’d label him a pre-race Pocono favorite.

Bowyer was setting the fastest lap in the first round of Friday’s qualifying session before the car got loose and he had to abandon the run. He did end up making a second attempt and ended up qualifying ninth for Sunday’s race.

Bowyer was the only driver to make a 10-lap run during the series’ first practice session. That indicates the team is happy with how the car is running. The Stewart-Haas Racing veteran will have the speed to match the top cars and will be an under the radar threat to win Sunday.

Another wacky qualifying session puts Almirola at the back of the pack for the Pocono 400. He had a tire issue while making a run in round one and shut it down. Since Almirola was not off pit road fast enough to make another attempt, the No. 10 Ford was locked into a poor starting spot.

But he will have no trouble climbing the ladder when the green flag flies this weekend. Almirola will have top-15 potential or better and at $9,000, he is a must-start. 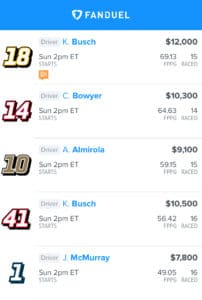