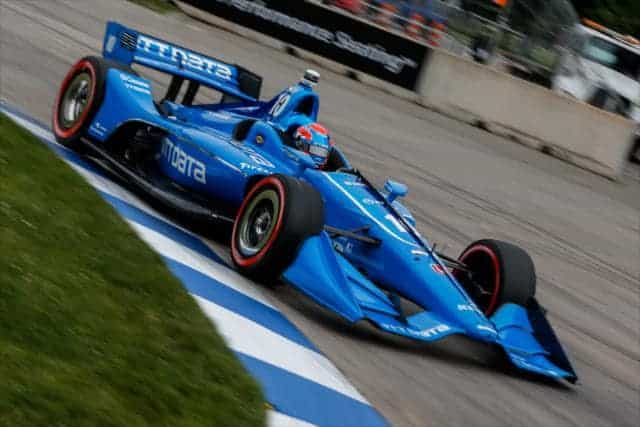 Ed Jones has been nothing but impressive in his first year-and-a-half in the Verizon IndyCar Series.

On Sunday, the NTT DATA Chip Ganassi Racing driver posted a third-place finish for the third time in his career. He led the charge for the young generation as Ryan Hunter-Reay (37) and Will Power (37) swept the top-two spots. The speed of Chip Ganassi Racing this weekend ended with Jones in third. A weekend that also featured his teammate Scott Dixon earning his 42nd career victory shows that Chip Ganassi Racing can’t be overlooked anymore.

“It was a fantastic day for the NTT DATA team,” said Jones. “The guys really did a good job with the car this weekend. We started off a bit slow, but the important thing is that we improved every session and earned our way here today. Today’s podium was another step in the right direction for the No. 10 NTT DATA team and I’m looking forward to getting back after it at Texas in a few short days.”

The Detroit weekend overall was a good way for Jones to rebound from his crash in the Indianapolis 500. He’s currently 12th in Verizon IndyCar Series points, 149 points off of points leader Power. Two straight top- finishes are just what Jones needs to do as the summer begins especially after the spring was a roller coaster ride.