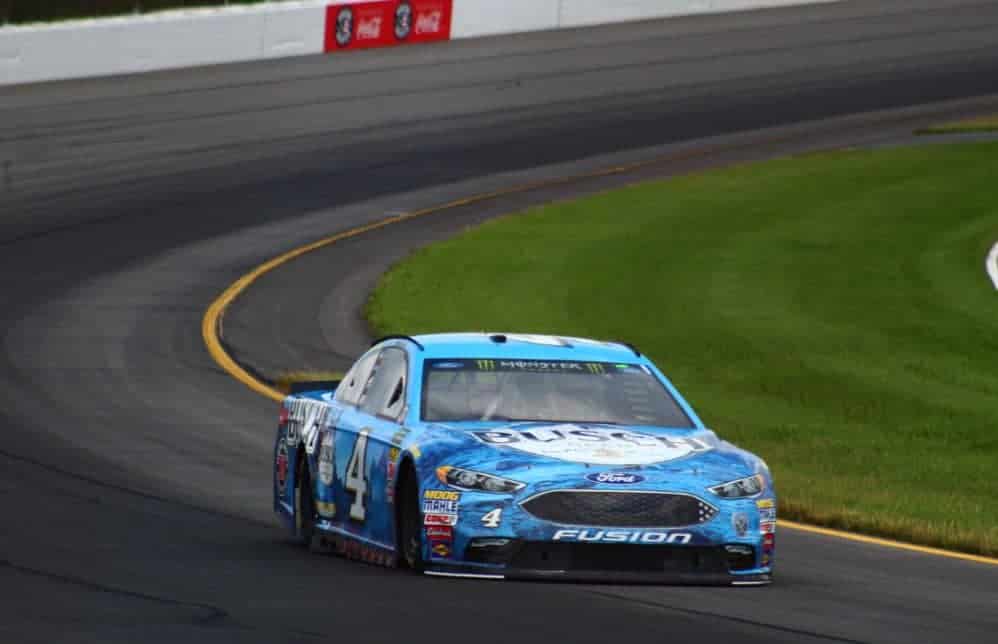 Last weekend, Kyle Busch notched the final victory he needed to have at least one win at each Monster Energy NASCAR Cup Series track on the schedule. Kevin Harvick isn’t far behind, lacking victories at just Pocono Raceway and Kentucky Speedway.

Following a disappointing early exit from the Coca-Cola 600 last weekend at Charlotte Motor Speedway, Harvick looked ahead to try to knock Pocono off of his list. After qualifying on the outside pole, he had put himself in a good position to do just that.

Not long after the green flag flew, Harvick put the No. 4 Busch Ford out front and led until a round of green-flag pit stops. He followed a second-place finish in stage one up with a win in stage two. He remained in the top spot until losing the lead on pit road under the third caution.

But despite leading four times for a race-high 89 laps, Harvick remains winless at the Tricky Triangle. He is now left to wait until July for another shot at checking the 2.5-mile track off of his list.

The defining moment for the No. 4 team? According to the driver, it wasn’t the choice not to pit late in the race.

It was simply not being good enough on pit road.

“We just lost our track position of being in the lead and lost control of the race. That is what did us in there,” Harvick said. “We restarted second and then third and lost a spot on each restart as you start on the inside.

“Our Busch Ford was really fast and the guys did a really great job. When you are racing the No. 18 and No. 78 you are splitting hairs and they were just better than us on pit road today.”

Martin Truex Jr. ended up in Victory Lane while Harvick was left to settle for a fourth-place finish behind Kyle Larson and Busch.