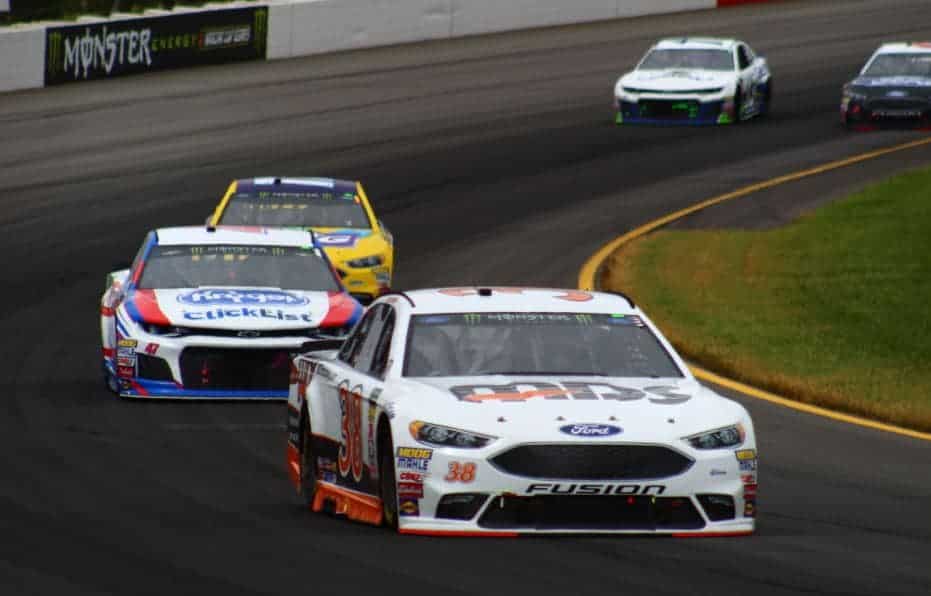 Pocono Raceway often brings out a little more than most ovals. First off, it’s not an oval per se, although it still leads to similar contenders up front. But it’s an animal in itself every year, offering shifting through its three distinct turns and unique pit strategy over 400 miles.

The circumstances make Pocono a tough track for the Monster Energy NASCAR Cup Series underdogs but it can also open the floodgates to opportunity. Sunday’s Pocono 400 saw a little of both. On the plus side, a handful of underdogs hit the top 25 while one spent time out front. So, the end results were much of what we’ve seen so far in 2018.

But how much can you take from a Pocono track going forward? The circuit next hits the high speeds of Michigan International Speedway before moving to a road course, 1.5-miler and a plate track. We’re entering the most versatile portion of the year for the sport; Pocono’s Tricky Triangle isn’t replicated.

But soon we will be back at this place — in less than two months, the shortest period between races for any track in the series. And later, we head to Indianapolis Motor Speedway to cap off the regular season. So, Sunday’s information will be useful at some point.

Just not in the near future.

And like most weekends lately, David Ragan was the top underdog in terms of performance, result and improvement, finishing Sunday in the 16th position. The run gives the No. 38 Front Row Motorsports driver his fourth win in the Frontstretch “Underdog of the Race”, all in the last seven point races.

Additionally, 16th was the Georgia native’s best Pocono finish since 2010 when he ran 14th for Roush Fenway Racing.

But the year as a whole hasn’t been great, start to finish for Ragan. The opening seven races saw near-identical results, finishing between 22nd and 25th six straight times. Since then, Ragan has hit the hill-and-valley phase of his season. He’s finished 16th or better four times but been worse than 25th in the other three.

The “Underdog of the Race” for this year is new and it was added to showcase that inner-league improvement everyone may not notice. A 16th may not stack up impressively against the big teams but it’s the top run amongst the small end of the garage. With four Frontstretch awards now, Ragan ties Darrell Wallace Jr. for the most times holding that top spot.

Chris Buescher was the top underdog back at Las Vegas in March and was one step behind Ragan on Sunday, finishing 17th. The run was also just Buescher’s third lead-lap finish of the year and he now sits 26th in points, two spots behind JTG-Daugherty teammate AJ Allmendinger.

The final top gun of the race was Michael McDowell from Front Row Motorsports. Missing the top 20 by one spot, the run gave FRM a good day on both sides of their race shop. He also gave his pit crew some early practice for reverse pit stops come Watkins Glen in August.

Allmendinger was the next guy in line, finishing a quiet 22nd in his No. 47 Chevrolet. The run now ties him with Wallace Jr. for 24th in driver points.

Speaking of Bubba, the No. 43 was that underdog who led the race, grabbing the lead on lap 79 under green-flag pit cycles. With pit strategy playing some role in the end of the race, who knows where Wallace could have ended up. We never found out, however, as the Richard Petty Motorsports driver broke a transmission after missing a shift on a lap 107 restart. He finished last.

From his first start one year ago to being the first in the garage this year, the July race at Pocono will surely have Bubba’s name in the highlights. Let’s hope it’s for a good reason.

Further up the grid was Ty Dillon, who brought Germain Racing a 23rd-place finish. It was his eighth top 25 in 14 races.

Gray Gaulding was 33rd with Derrike Cope finishing 34th after a late spin in turn 3. Kasey Kahne had a transmission issue end his day 36th while Matt DiBenedetto hit the garage early with a brake problem, running 37th.

The NASCAR XFINITY Series had their turn at Pocono Saturday with the restrictor plate package giving teams a little curveball for the first time on the Pennsylvania track.

Chase Elliott usually isn’t considered an underdog but GMS Racing’s XFINITY program was in the dumps one year ago. However, their No. 23 team continues to improve across multiple drivers in 2018. Elliott kept the ball rolling after Spencer Gallagher‘s suspension with a surprising second-place finish on Saturday.

Behind him, Ryan Truex missed the pole by 0.036 seconds and fell to finish 10th. The result is already his sixth top 10 of the year, the most for the No. 11 team in a single season.

Ross Chastain was a step behind Truex in 11th spot. The JD Motorsports driver continues his performance uptick, scoring his ninth top-20 finish in 12 races as he battles for a postseason spot.

Another dead straight face response from The King…

"We're gonna get you an automatic transmission hahaha"

Crazy to think, this was a year ago! Solid TBT.. Always give 110% effort, never know what door will open after one closes!?? pic.twitter.com/18p8riyr1m

Not a bad day @poconoraceway!! Thank you to all the race fans that came out!! pic.twitter.com/AY35kpPGh7

Had a busy past weekend! Happy with the xfinity race, feel like we’re getting closer and closer to a win. And in the cup race learned a ton, can’t thank everyone enough for all the work put into it!