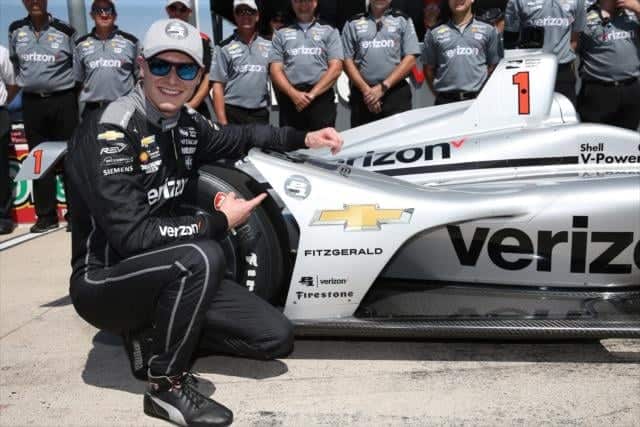 The last time Josef Newgarden won the pole, he went on to win the race at Barber Motorsports Park in April. Newgarden is seeking his third victory of 2018. Team Penske dominated the session with Newgarden qualifying on pole, Simon Pagenaud qualified second and defending DXC Technology 600 winner Will Power will start third.

“To come here and have speed in all the race cars is really nice,” Newgarden said. “I think it comes down to a lot of things; the team, the personnel we have. We have some of the best people in the paddock. You can see that. When you have cars go 1-2-3, it shows the competitiveness of all the cars. That’s the thing that impresses me most about the team, it’s how competitive they make each car they have. They’re really, really good at that. It’s a big credit to Team Penske.”

Along with looking to defend his victory from 2017, Power will look to keep the championship points lead over Scott Dixon, who qualified seventh. Alexander Rossi qualified eighth, while last weekends Race No. 2 winner Ryan Hunter-Reay, who is now fourth in points, qualified 10th.

The Verizon IndyCar Series has a final 60-minute practice session that is slated to begin at 7:15 p.m. ET. It’ll stream live on RaceControl.IndyCar.com, youtube.com/indycar, and the INDYCAR Mobile App.

Coverage of Saturday’s DXC Technology 600 begins at 8 p.m. ET on NBCSN and on the Advance Auto Parts INDYCAR Radio Network.