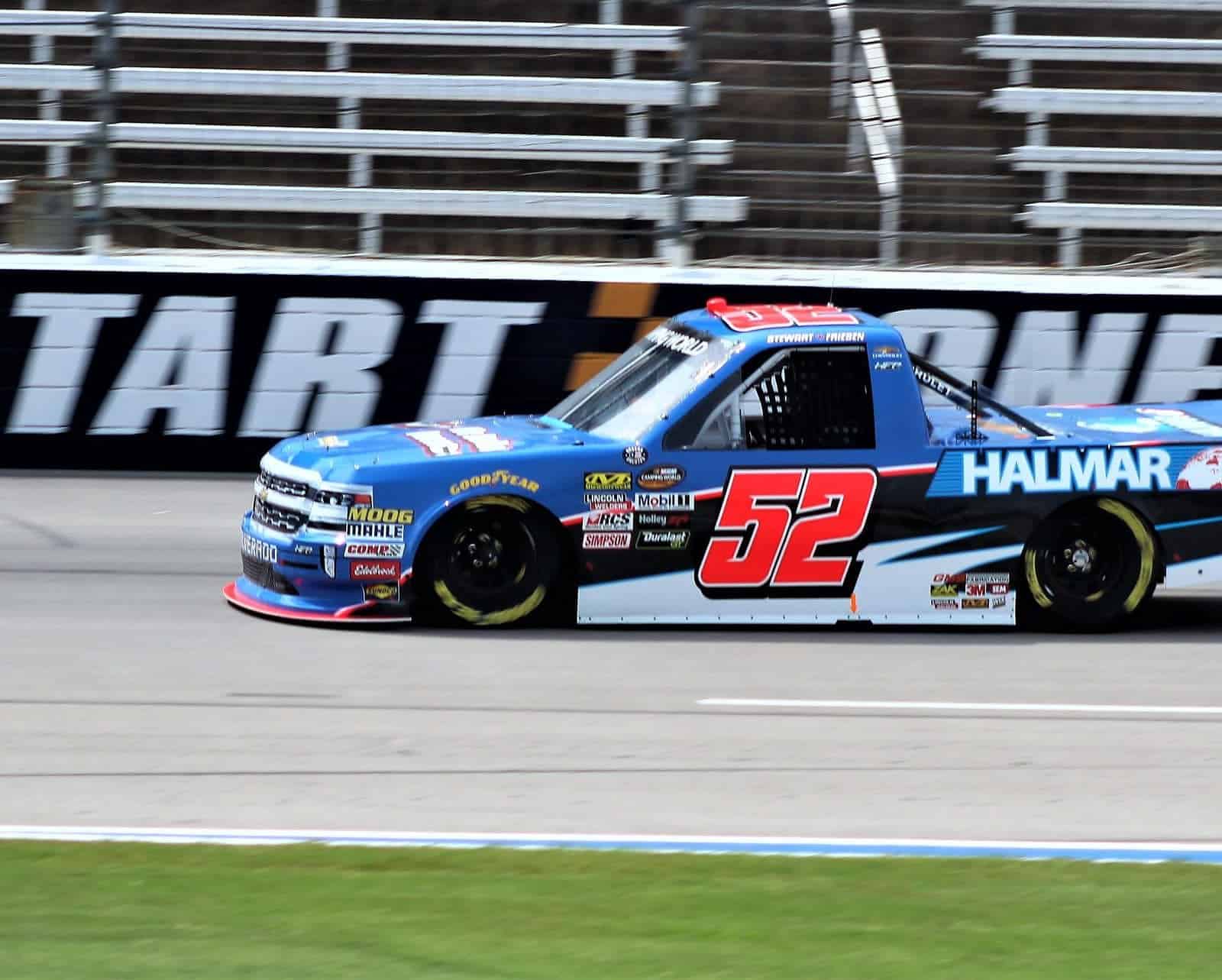 Stewart Friesen scored his second career pole and his first this season with a 185.103 mph lap in the final round of Camping World Truck Series qualifying Friday afternoon at Texas Motor Speedway. The driver of the No. 52 Chevrolet will lead the field to green in the PPG 400 alongside rookie Todd Gilliland, who posted a career-best starting position of second.

Noah Gragson, who scored the pole and graduated from high school on the day of this race last year, will start third followed by his Kyle Busch Motorsports teammate Spencer Davis. Johnny Sauter has four wins at Texas and rounds out the top five.

Chris Eggleston led the series’ lone practice session on Thursday and will start sixth followed by Brett Moffitt and Grant Enfinger. Matt Crafton and Justin Haley round out the top 10. Ben Rhodes and Bo LeMastus were the final two drivers to make the second round of qualifying and will start 11th and 12th, respectively.

Friesen has four top 10s in seven races this season and has not qualified outside the top 10 this season.