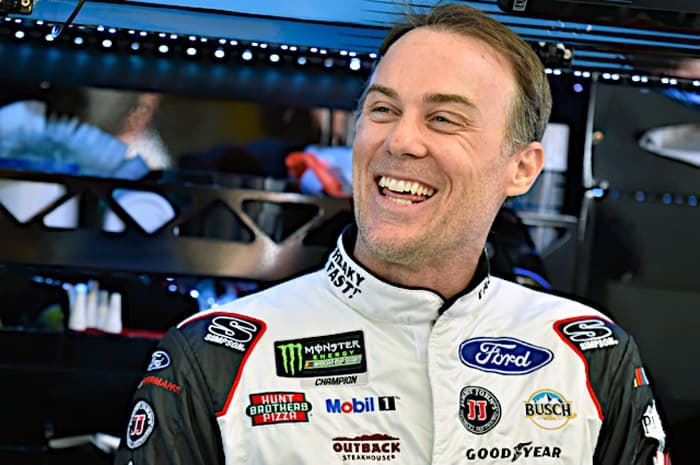 It didn’t take long for the No. 4 car to shoot to the top of the leaderboard, which saw Kevin Harvick pace Saturday mornings (June 9) practice session at Michigan International Speedway.

Harvick turned a lap of 200.719 mph, more than one-tenth of a second ahead of the second quickest time, which was held by three-time defending winner at Michigan Kyle Larson (200.083 mph).

Aric Almirola was 13th on one-lap speed, but turned 31 laps, the most in the practice session. Harvick topped the best 10-lap speed at over 199 mph.

The session ended six minutes early when rain entered the Irish Hills. By the time practice was scheduled to conclude, the track was covered in a heavy downpour.

Final practice is scheduled to get underway at 12 p.m. ET weather-dependent. If not, the green flag will fly shortly after 2 p.m. ET on Sunday. Larson is looking to become the second driver in track history to win four straight races at MIS, tying Bill Elliott’s record.