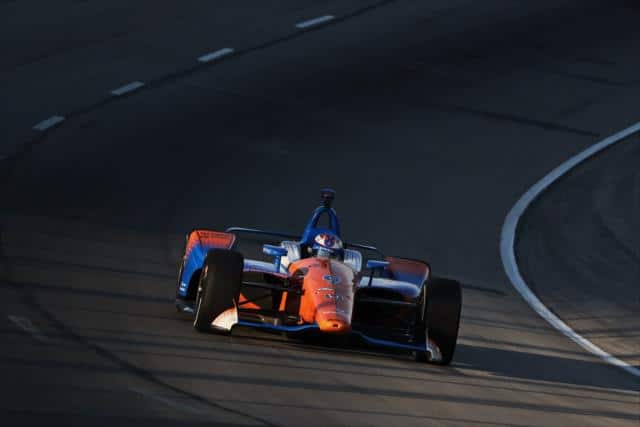 In the beginning of Saturday’s DXC Technology 600 at Texas Motor Speedway, it was the Team Penske show.

Josef Newgarden dominated the first stages of the race, while Robert Wickens dominated the mid-stage, but when Scott Dixon found his rhythm, it’ll take a mistake on Dixon’s part to get the upper hand on him. A mistake-free final stage of the race resulted in the No. 9 team earning its second win in three races.

After Team Penske dominated the first stages of the race, accidents and tire failures left one Penske driver to fend for himself. Simon Pagenaud and Alexander Rossi battled for second as Dixon drifted further and further away. Pagenaud gained the upper hand on Rossi as the checkered flag was waved, earning his first podium finish of the season.

James Hinchcliffe rebounded from a rough two days in Detroit to finish fourth, while last weekends winner Ryan Hunter-Reay rounded out the top-five.

Wickens and Will Power were two of the front-runners but both ended up on the hook. Wickens was attempting to pass the lapped car of Ed Carpenter. As the two entered Turn 3, Wickens clearly had the bottom line but Carpenter continued to come down, which ended up sending both drivers into the wall.

Power got slowed up by a few drivers in front of him who was saving fuel. Power didn’t know that Zachary Claman De Melo was above him and the two hit the outside wall coming to the start-finish line. Power, clearly frustrated, got out of the car and later took the blame for the accident. He finished 18th, losing the points lead.

After winning his 43rd career victory, Dixon took sole possession of third on IndyCar’s all-time wins list. He also takes possession of the points lead by 23 points over Rossi. With the accident with De Melo, Power falls to third in the points standings. Ryan Hunter-Reay and Newgarden round out the top five in the championship battle.

After back-to-back-to-back-to-back races, IndyCar takes the Father’s Day weekend off and returns on June 24 at Road America. Dixon is the defending race winner at the venue and has a chance to break open his points lead even more with a victory.