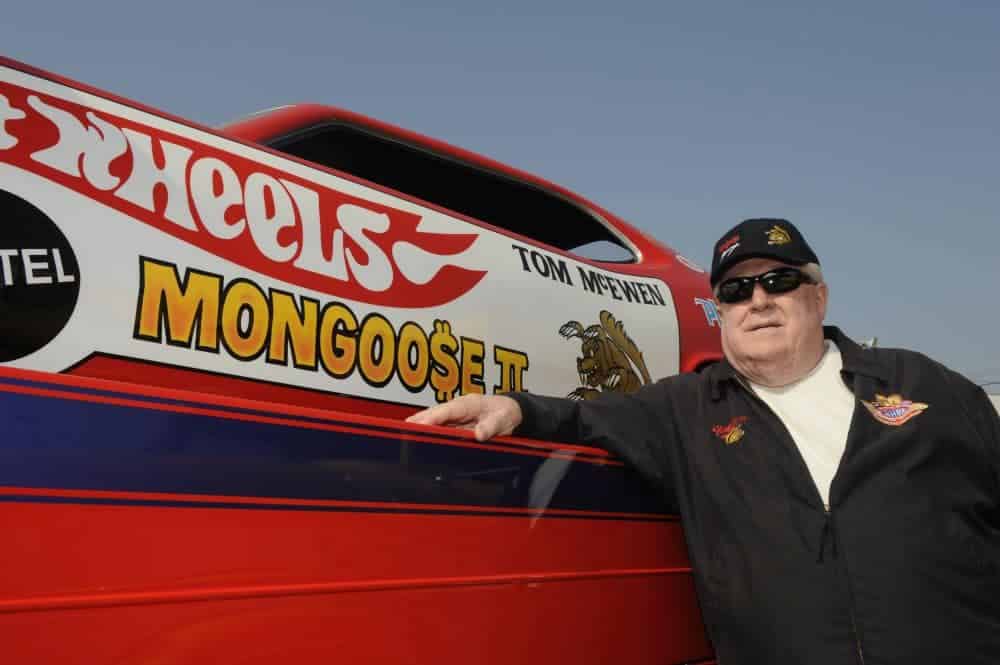 Cruz Pedregon was the latest victim this past weekend, but body-shredding explosions have been a consistent problem in Funny Car this season. John Force started the season with three-consecutive blown up racecars, losing consciousness on at least one of those occasions.

Why so many catastrophic failures this season? Are there really more, or have the ones we’ve had been so spectacular that we just think they are?

Both Nitro divisions are running roughly the same equipment, and there have been explosions on the Top Fuel side as well, but, it doesn’t seem to be any more than the usual number and they don’t seem to be more catastrophic than other years.

Of course, the simple answer to the question is that Funny Car teams might be nearing the limits of how fast they can get a car down the track. There has to be a physical point at which no more is possible. It’s against a racers nature, however, to just get there, shrug the shoulders and say, ‘well, I guess that’s it.’

Even if they are butting up against that point — the current ET record stands at 3.793 seconds, while the speed record is 339.87 mph., both set by Robert Hight although on two separate occasions — teams are not about to throw up their hands and stop trying. It’s in their nature to throw just a little bit more at it. Maybe they aren’t at the limit yet, although they might be for what their current parts can handle. That just means it’s back to the R&D department to engineer just a little something more and once they do, it needs to be tried.

Anywhere in that process, whether it be pushing the existing equipment beyond its limits or pushing the innovations beyond theirs, failures can be the result. That could be what we’re seeing this year.

Pedregon had a catastrophic failure last weekend, but he is also competitive this year. Like all the top teams, he’s running his car at the very ragged edge of what it can do, and obviously sometimes just beyond that point. If you don’t, you just won’t win.

Over the weekend, the drag racing world was saddened to learn of the passing of one of the sport’s legends, Tom “Mongoose” McEwan, a man who helped to put drag racing on the big stage 40 years ago. McEwan was 81.

If you were alive in the 1960s and 70s, surely you remember The Snake and the Mongoose and the Hot Wheels cars that went along with them. McEwan partnered with Don “The Snake” Prudhomme, friend and rival on track, and secured the sponsorship from Mattel that helped propel drag racing into the public consciousness thanks to one of the first major corporate sponsorships and national touring teams in the sport.

“He was a hustler,” said 16-time Funny Car champion John Force.  “He was the first marketeer (in drag racing). He was one of the guys who taught me how to chase money and that the sponsors always had to be taken care of. …he was the PT Barnum of drag racing.  Drag racing never would be where it is right now without the Mongoose.

“When I was 16 at Lions dragstrip, I knew that all I wanted was to race but I knew it was impossible. But when I saw Hot Wheels with Snake and the Mongoose years later, I saw that you really could make a living in this sport.  Mongoose put us on the map. We all learned from him and right to the end he was still so big in the sport.  People who never heard of John Force know about the Snake and the Mongoose.”

“We are all saddened to learn the news of Mongoose’s passing. He was truly one of the most brilliant pioneers of NHRA Championship Drag Racing,” Glen Cromwell, NHRA President said. “Everyone at NHRA will miss him deeply. Our thoughts, prayers and deepest condolences are with the McEwen family at this difficult time.”