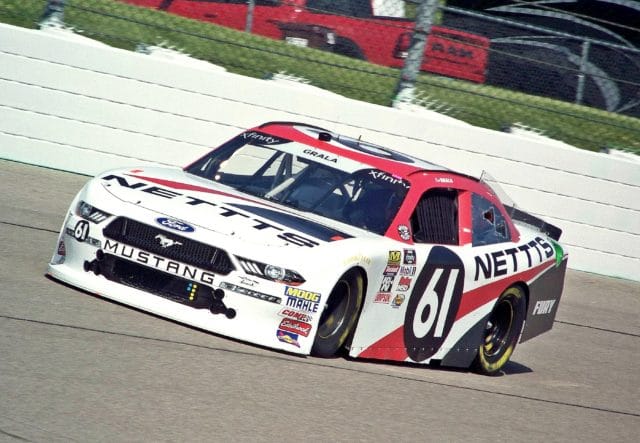 With no Monster Energy NASCAR Cup Series drivers entered in the field, the XFINITY Series regulars have an opportunity to take the spotlight and that is exactly what they did on Saturday. XFINITY Series regulars Christopher Bell and Kaz Grala led the way in the two practice sessions. Bell turned a 129.790 mph lap around the Iowa Speedway in first practice while Grala went 130.052 mph to lead the second and final practice session.

Bell has been a championship contender all season long and continued to show speed in the first practice session on Saturday, leading Daniel Hemric, who finished second in last weekend’s race at Michigan.

Shane Lee finished the session in third while Elliott Sadler and Cole Custer rounded out the top-five speeds.

There was a 3.342-second gap between first place Bell and last place Stan Mulls.

First Practice Results for the Iowa 250 presented by Enogen

It could be all-or-nothing for Grala and he sure is driving like that is the case. The last of the four races with Fury Race Cars could have Grala going out in a blast. The No. 61 Netts Ford Mustang led the way in final practice for Sunday’s race. A 130.052-mph lap propelled him to the top of the speed charts ahead of Tyler Reddick. Grala’s lap was .113-seconds faster than Reddick.

There was a 3.124-second margin between first and last with Mulls finishing last for the second straight session. Riley Herbst turned 67 laps in the session, the most of any other driver, while Chad Finchum turned the least amount of laps at five.

Final Practice Results for the Iowa 250 presented by Enogen