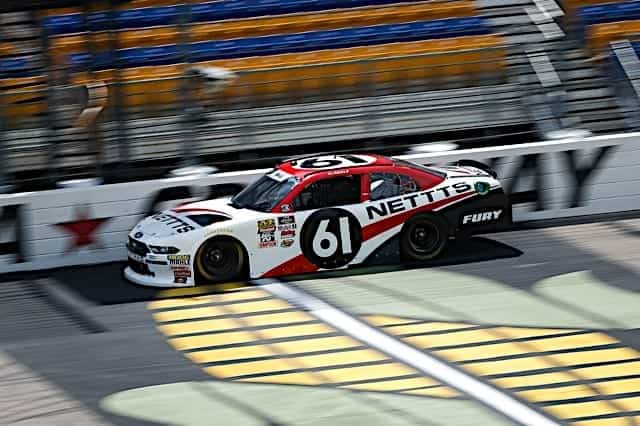 In the latest episode of the 2018 Frontstretch Podcast, we review the doubleheader weekend of the NASCAR XFINITY and Camping World Truck Series’ races at Iowa Speedway with Dustin Albino, Mike Neff, Zach Catanzareti and Kaz Grala, who brought No. 61 FURY Race Cars Ford home 10th.

Justin Allgaier dominated the XFINITY race, leading a career-high 183 laps, though forced to hold off Christopher Bell in a tight battle the entire final stage. While the No. 7 team swept all three stages, it was a pair of rookies that shined, with Riley Herbst finishing sixth in his series debut for Joe Gibbs Racing and Ty Majeski picking up his first top 10 of the season.

Midway through the final stage of the Truck Series race, the pair of stage winners, John Hunter Nemechek and Stewart Friesen, crashed out, opening the door for the field. It was Brett Moffitt who capitalized, recording his second victory of the season.

Grala also gives an update on his uncertain future. With just over a week until opening practice at Chicagoland Speedway, FURY Race Cars has no plans of attending the race, though the team is trying to sell the “closest races” on the schedule. Should the team find sponsorship, the No. 61 car will be at the track.