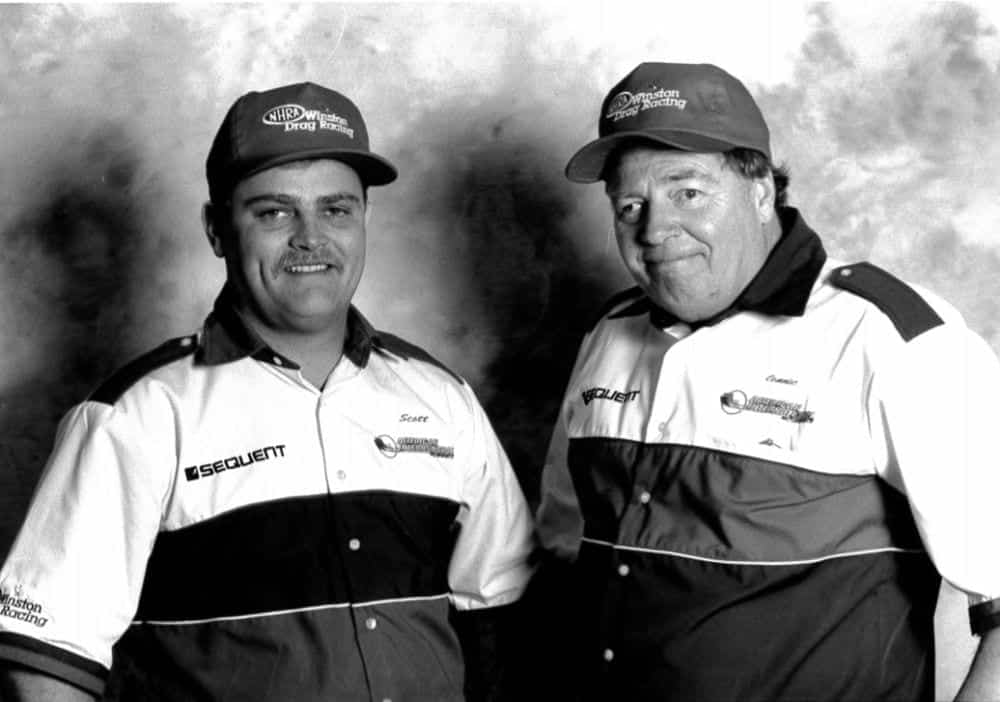 If you pay attention, you’ll notice that the name “Scott” is always on the side of the Kalitta Motorsports DHL Funny Car currently driven by J.R. Todd. It’s there because it was once the car driven by Scott Kalitta, son of team founder Connie Kalitta. It was 10 years ago today that Scott was tragically killed in a racing accident during the NHRA Mello Yello event at Englishtown.

Kalitta began his NHRA career at the same track in 1982. In 1988, he scored his first top qualifier in Funny Car, and in 1989, earned his first win in the class. During the 1990s, Kalitta switched to the Top Fuel class, where he enjoyed much more success, winning a total of 17 times and earning back to back class championships in 1994 and 1995. 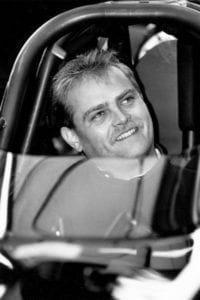 In 1994, he won a total of five events, four of them in a row. In 1995, he bettered that record by scoring six wins. He came up just short of a third title in 1996, finishing second. Along the way, he was top qualifier at eight events during that season.

Drag racing was Kalitta’s passion, but he didn’t let it take priority over family and business, and in 1997, he stepped away from the sport. He returned for 10 events in 1999, and then once again took a layoff — not returning again until 2003.

He set an unofficial speed record of 333.95 miles per hour that year, although he was unable to secure a fast enough backup run to make it a national record. While he came up short of winning in 2003, he returned to form over the next two seasons, winning once in 2004 and twice more in 2005.

For 2006, Kalitta switched back to Funny Car, but he did not enjoy the same success in the class as he did in Top Fuel, managing only a 13th place finish in 2006. He finished outside the Top 10 in 2007 as well, missing the first NHRA Countdown to the Championship. He failed to reach a final round in either of these two season, although he finally did make it to the finals in 2008, just two weeks before his fatal accident.

Kalitta was making his final qualifying run when his engine exploded near the finish. The explosion damaged his chutes, which did not deploy, and while he did attempt to brake the car, the engine continued to push power to the rear wheels because the clutch system was found to be locked. Kalitta’s car ran through the paved portion of the shutdown area and was still going around 125 mph when he went through the sand trap at the far end. It continued over the concrete retaining wall at the end of the sand trap and crashed into a television boom truck parked beyond the run off area. He was transported to the local hospital where he was pronounced dead. 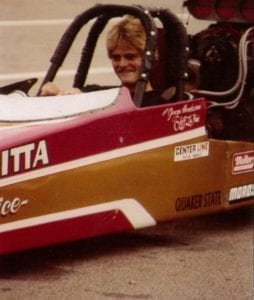 Safety was high on the minds of everyone in NHRA at the time following the death the preceding season of Funny Car driver Eric Medlin and the near fatal crash of John Force the same year. Racers always know the risk, and we always say they died doing what they loved, but that doesn’t mean the death of a driver should be in vain.

Several safety measures were put into place following Kalitta’s crash, most notably shortening the distance of Top Fuel and Funny Car passes to 1000 feet from the traditional quarter mile distance of 1320 feet. Extra safety measures were also added at all tracks, including padded retaining walls at the end of gravel traps. The 1000-foot race distance remains unpopular with some purists of the sport, but it has become the standard, not just in NHRA, but in many series and events running Nitro classes.

It was this incident that also brought about a solution to eliminate as much as possible engine backfires like the one that led to Kalitta’s crash. With the help of John Force, Kenny Bernstein and Tony Schumacher, engineer Dave Lahey developed a sensor to automatically shut down the fuel pump and deploy the chutes in the event of a backfire. It was made mandatory in 2009.

As for Kalitta Motorsports, the DHL Funny Car is still Scott’s car, and as such, it still bears his name.