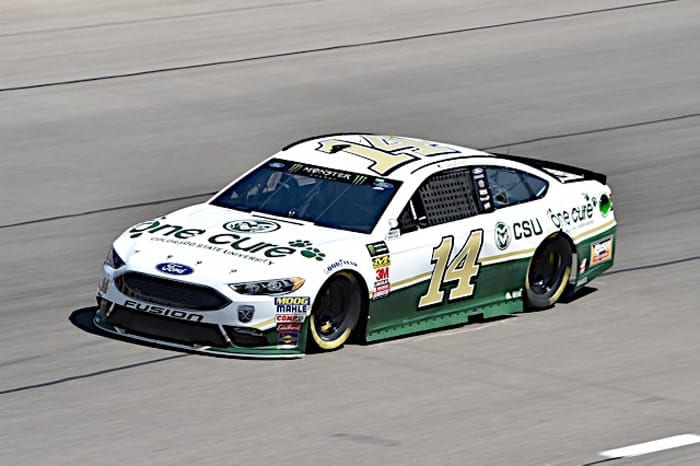 Why did NASCAR decide there would be no restrictor-plate package for the rest of 2018?

On Thursday (June 21), NASCAR announced that the Monster Energy NASCAR Cup Series will not be using the experimental high-downforce restrictor plate aero package after about a month of hemming and hawing about it.

Was it the right decision? It’s fair for the drivers, teams and the spirit of competition. There shouldn’t be a major mid-season change like this unless there’s a safety problem or if the race quality is truly awful.

Did NASCAR handle the process right? Well, no. After about a month of Steve O’Donnell driving talk about this situation on both Twitter and on SiriusXM NASCAR Radio heavily hinting about it, the news release on Thursday was a bit anticlimactic. After discussion of there being up to three or four races ran using the package later this year, it’s instead being looked at for next year, along with some potential changes.

The reasons given are complete junk. The biggest one is that it would have “been a Herculean undertaking, and one that could have resulted in a rushed output.” That wasn’t a problem a month ago in the All-Star Race or when O’Donnell talked about it a few weeks ago.

The other one is that the standard 2018 rules package has led to some great, competitive racing. In O’Donnell’s own words: “We’re really happy with the racing we have on the track. We believe that the competition is closer than ever right now. Improving upon that is something that we always work to do, but that takes time. It takes a lot of collaboration in the industry.”

Yes, the competition is closer than ever. Kyle Busch only has a 75-point lead on the rest of the field, and he and Kevin Harvick have combined for nine wins in 15 races this year, but trust us, we’ve never had so much competition. NASCAR might have some obscure loop data number to point to that “proves” that everything is hunky-dory, but at the end of the day, there hasn’t been a lot of parity in Cup this year where it matters: Victory Lane.

Hopefully the real reasoning for why such a dramatic shift in tone from the sanctioning body will eventually be uncovered, but for now it’s just an awful look for the sport to give such bad reasoning for something that ultimately is probably the right decision to make.

Is Clint Bowyer better than AJ Allmendinger at Sonoma?

Sonoma Raceway is the most technical track in all of NASCAR. Unlike Watkins Glen International, a fast track that’s really all about not under braking Turn 1, Sonoma has a lot more variety and requires a bit of finesse to get these big stock cars around it.

One great thing about road courses in general is that it lowers the equipment gap, allowing road course aces like AJ Allmendinger to have a fighting chance. That being said, it’s hard to rely on Allmendinger in particular, because he just hasn’t been that impressive at Sonoma.

There are a lot of words one could use to describe Clint Bowyer.“Finesse” would typically not be one of them, but Bowyer is just great at Sonoma for whatever reason. He has eight top-10 finishes in the past 10 years, with six of them being top fives and one being a win. He along with Busch and Harvick should be the clear cut favorites to win this week.

What will be the effect of NASCAR’s new sponsorship structure?

After over 45 seasons under the title sponsorship system, NASCAR will be doing away with it on the Cup level and will instead be jumping into an NCAA-like system of sponsorship tiers.

The top level of these sponsorships will supposedly go for $10 million annually, and Sports Business Daily has also reported that Coca-Cola will be one of the first in line for such an opportunity.

Race teams and fans should be somewhat concerned over this. One of the bigger problems with the current financial structure is that NASCAR itself is competing with teams for the same shrinking pools of sponsors through entitlements. If this gives NASCAR even more avenues to pursue these sponsors, that will lead to less and less sponsorship for teams, which will lead to less well-funded teams in general.

One way NASCAR could potentially remedy this would be to beef up the race purse and make sponsorship income less relevant to teams, but that is like putting a band aid on a leaking pipe. The haves will keep having; Joe Gibbs Racing spent millions on pit guns from 2016-2017, something nobody had ever thought of even doing, and those a tenth of a second or so faster pit stops ended up winning them a lot of races in those years. If you give these top teams more money, they’ll shrug and dump it into another obscure thing that will give them a tiny advantage on the racetrack.

There’s also a problem where everything would have a sponsor like in the NCAA Tournament, but if you’ve seen a NASCAR race in the past few years, that isn’t anything new.

Why is there so much quirky qualifying at Sonoma?

Road course race qualifying is a huge deal, especially at Sonoma. With so few passing zones on the racetrack, the best opportunities for drivers to overtake will be on pit road, meaning a great pit stall is a crucial key to success.

Chip Ganassi Racing seems to have found the key to turning in a hot lap in wine country. Jamie McMurray won the pole in 2013 and 2014, while Kyle Larson is the defending polesitter. It’s strange because both of these drivers are not exactly the first that come to mind when discussing great road course drivers, but perhaps McMurray got a few tips from his then-teammate Juan Pablo Montoya on how best to get around and then relayed the information to Montoya’s replacement.

Other than that, there’s never been much consistency in winning poles at Sonoma. Terrible Gibbs-era Joey Logano won a pole, and Kasey Kahne is a multi-time polesitter. Qualifying is very important at Sonoma, but for whatever reason the polesitter hasn’t actually won the race since Jeff Gordon in 2004, something that may change this weekend if Busch or Harvick end up sitting on the pole on Sunday.

Good thing NASCAR will have title sponsors lined up for those races where 25-30 cars show up….

But to me the real burning question is the proposed sale of BK Racing and its(maybe its the banks) charter. That will be as good an indicator of the state of the sport as anything.

“Why Did NASCAR Decide On No All-Star Package?”

Who cares as long as they aren’t propagating restrictor plates to any additional races. Daytona and Talladega are enough. The answer is most likely because the team bitched about the cost and inconvenience of having to develop another race package for 2018.

Agree 100%. Daytona and Dega are already crapshoots, not races, and there is no justification for expanding the phony plate packages, just to bring the no-talent drivers to the front.

This sounds like T Rump. Say something outrageous that everyone knows is fake and then reverse it hoping nobody remembers what was said first.

Nice analogy, but it seems to me its the same thing the teams have been doing for a while. Since nobody will pay for the whole thing lets sell it in bits. Make it seem like its a great thing.

I don’t find it a big deal they won’t run the All Star Package again. I would have voted to run it at Indy, where the package put on the best result so far with Xfinity cars. I just didn’t see enough at Pocono and Michigan to be clamoring for this package.