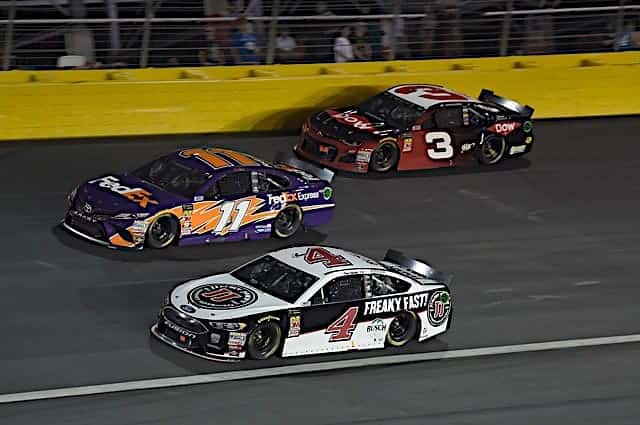 Voice of Vito: How Much Is Enough? Brands, Fans & Rules Packages Under the Microscope

There seems to be a bit of hand-wringing as of late over not just the state of NASCAR from a fan perspective, but also from a competitive standpoint. The talk dominating the airwaves and social media circles (aside from vacation vids) the past few days has run the gamut from questioning the talent level at the top levels, to a pumping of the brakes on car configuration, to questioning the will and resolve of race fans in the heartland.

Caught in all of this is the continued plight of the Chevrolet Camaro, relegated to also-ran status if not for Kyle Larson‘s No. 42. Seeing a Camaro inch near the top 10 during a downforce race this season reminds me of watching how far would Buddy Arrington’s lone Chrysler end up in the running order in the 1980s.

OK, maybe it’s not that bad; Chevrolet already has one car in the playoffs, courtesy of Austin Dillon‘s Daytona 500 wreck — er, win. But we’re about to push through the summer solstice, and still the Camaro is only marginally better than it was a few weeks into the season.

Following an off-week after Michigan International Speedway, a trip to Sonoma Raceway is a bit of a breather for the bow-tie brigade as it desperately tries to salvage its season. The next eight weeks are the most crucial point of the year for these teams; while they continue to not be on pace with Toyota or Ford on the downforce tracks, they have a number of level playing fields coming up: Sonoma, Daytona International Speedway, Watkins Glen International, New Hampshire Motor Speedway and Bristol Motor Speedway. That’s not to say they don’t have a chance at the others… OK, never mind, they don’t. Not as things stand right now.

Of course, things could be about to turn. Chevrolet seemed to make some strides after the All-Star Race, and it stands to reason it will make some additional gains by the time the tour rolls into Chicagoland Speedway next weekend. The same holds true for Jimmie Johnson and the No. 48 team.

By the way, can we shelve the JJ-is-washed-up comments? Is any of this rooted anywhere in reality or statistics? No, he hasn’t been racking up wins over the last 12 months,  but has any Chevrolet team? Since Johnson’s last win at Dover International Speedway in June 2017, the only Chevrolets to win are Larson and Kasey Kahne, and Kahne’s win was only after more than half the field was parked due to wrecks at Indianapolis Motor Speedway. One of Larson’s three wins came at a short track, too.

Only a handful of times has Johnson won the majority of his races before the halfway point: his rookie season of 2002, 2006, 2014 and 2017. In his career-high 10-win 2007 season, he won six races between race Nos. 25 and 36. His last win came at Dover in spring 2017, over a year ago. Chalk that up to a combination of a couple of Toyotas that clearly had an edge over everyone else and development resources being directed away from the outgoing Chevrolet SS to the new Camaro. Why bother putting a lot of work into a car that isn’t going to be around in a few months? Yes, there is a task to tend to at hand, but there are only so many resources a team has to work with.

Imagine if the teams got an even later start on the Camaro platform for this season, coupled with the end-of-year rule changes. Yikes.

The other topic that seemed to have some all aflutter was backing off the generally accepted notion that Iowa Speedway should have a Cup date issued ASAP. This has been a wish for many for the last five years or so, but a less-than-stellar crowd for the Camping World Truck and XFINITY Series races seems to have some tempering their enthusiasm.

First, the Truck Series: Great racing, horrible crowds. Everywhere. Unless it’s Daytona or Talladega Superspeedway (or Eldora Speedway), not a ton of people are coming out to see the trucks. They sure aren’t going to do it when the nearest population center is an hour away. The same goes for the XFINITY cars. There’s a handful of races that people turn out for: the plate tracks, Road America, Mid-Ohio Sports Car Course (because you can pretty much sit anywhere you can jam a lawn chair) and precious few others. This year it was held on a 98-degree Father’s Day. That’s a tough sell when it’s not a companion weekend race to Cup, where you might get to see practice or qualifying and the XFINITY cars.

This also shouldn’t be used as an excuse to say, “oh, see, we DO need Cup regulars in the lower series!” The lower series, are just that: entry level. You can’t expect a support series to light the world on fire on a 100-degree holiday weekend. Check the stands at an IndyCar Series race some time other than Indianapolis.

Sitting jammed in hip-to-hip while the sweat rolls off someone’s back fat onto your exposed leg is just not all that enticing these days. Or any days. Ever.

There’s a reason NASCAR stopped releasing attendance figures for the big three series a few years ago. Take a look a Chicagoland next weekend; it’s probably going to look not so impressive, as it’s in a major metropolitan area and it’s the top series. Attacking the fans and browbeating them to scrap family activities to get heatstroke for the B-listers isn’t going to do much to bring folks out form outlaying areas. The series is starting to find its identity, and more races with finishes and desperation moves pulled off by Noah Gragson will help generate the noise and interest that will help build things back up.

Speaking of noise, plenty of that was generated on Thursday when it was confirmed that NASCAR would not be pursuing and effort to feature the All-Star Race body and engine configuration package in 2018. Instead, the series will look at using it in a few races for the 2019 season. The move was in part inspired by teams wishing to not have to invest additional money and resources this season, particularly as the meat of the summer season lies ahead.

It’s the right call for a number of reasons, cost effectiveness being one of them for sure, the other being a bit of legitimacy at stake. While some may have thought the All-Star package was the best thing ever, I didn’t really see why there was such a rush to apply it to additional races this year. It created a (temporarily) different appearance simply because it was something so new, and teams really didn’t have a lot of time to prepare for it. If they were to have another few months to tinker with things, would it have the same appearance in a points-paying race, or would it end up looking similar to the high-drag package the teams tried at Michigan a few years ago?

It’s akin to a pitcher called up from the minor leagues to make his big league debut. He ends up looking like a Cy Young contender simply because nobody has any experience with in a real setting. After a few starts, though, his stats come down to reality, and he begins to look very average.

Hall of Famer Mark Martin’s comments at MIS a couple of weeks ago carried a bit of weight to them as well. Racing at its highest level shouldn’t be a battle of cars with governors on them that allow drivers to leave it flat-footed all the way around and starting bumping each other forward to advance. Darrell Wallace Jr. and Brad Keselowski shared a similar sentiment shortly after having competed under the new rules package at Charlotte last month. As a sport, we need to be careful of trying to perpetually chase whatever acorn might give some short-term gain of increased entertainment over the long-term sustainability of the product.

Ultimately it starts to appear like the answer is just to run a plate race every couple of weeks, because the cars will be bunched together and run all over themselves and may lead to multi-car accidents to cause some excitement.

When you start to hear Hall of Fame personalities and recent champions cast doubt on something, one has to wonder if this is just yet another effort to appeal to the casual fan.

We’ve been down this road a number of times since the early 2000s, and almost every time there’s been a fork in the road, the wrong path is chosen and the type of fan that still continues to show up when it’s unseasonably hot in the middle of an un-populated area on a holiday weekend ends up feeling alienated.

Besides, the struggle-bus Chevrolet teams have enough to catch up on as it is.

Vito is one of the longest-tenured writers at Frontstretch, joining the staff in 2007. With his column Voice of Vito (monthly, Fridays) he’s a contributor to several other outlets, including Athlon Sports and Popular Speed in addition to making radio appearances. He forever has a soft-spot in his heart for old Mopars and presumably oil-soaked cardboard in his garage.
Previous NASCAR 101: Meet the 4 Drivers Making Their Truck Debuts at Gateway
Next 4 Burning Questions: Why Did NASCAR Decide On No All-Star Package? 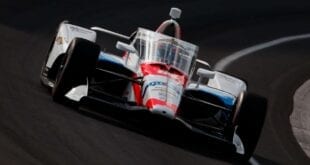