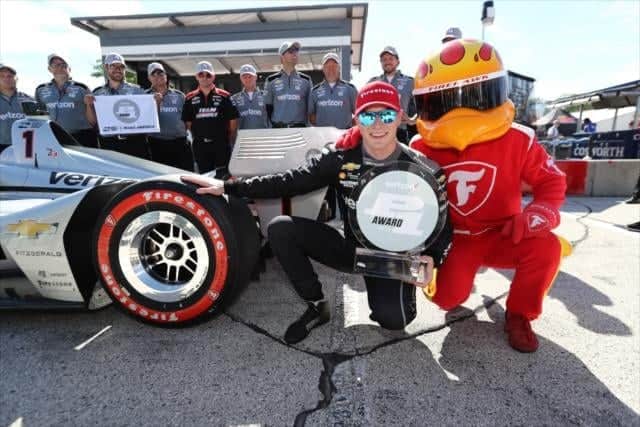 Josef Newgarden earned his fifth career pole award on Saturday for Sunday’s KOHLER Grand Prix. During the final round of qualifying, Newgarden turned a 140.020 mph lap in the No. 1 Verizon Chevrolet to secure his third pole of 2018.

Since the series returned to Road America in 2016, Team Penske has won the pole all three seasons. Will Power won the pole in 2016 while Helio Castroneves won his final career pole last season in this event.

Speaking of Power, he qualified the No. 12 Verizon Team Penske Chevrolet in second with a 139.954 mph. lap. For the second straight season, Team Penske swept the front row in qualifying.

Other notables include Ed Jones in 12th, Simon Pagenaud in 14th, Marco Andretti in 15th, James Hinchcliffe in 16th, and Tony Kanaan in 18th.

The KOHLER Grand Prix goes live on NBCSN at 12:30 p.m./ET and can also be heard on the Advance Auto Parts INDYCAR Radio Network.