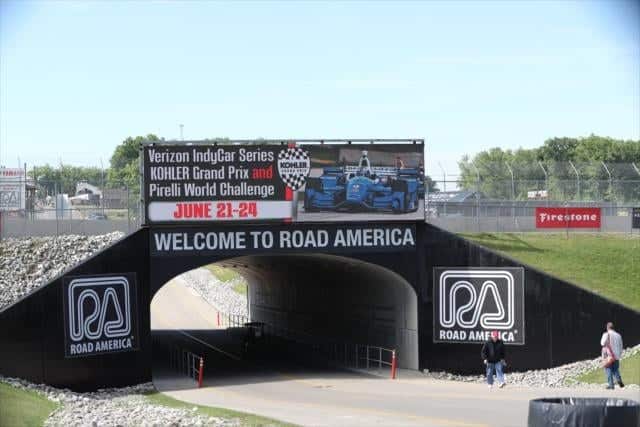 The Verizon IndyCar Series will return to Road America for the next three seasons, the two announced on Sunday. After returning to Road America in 2016, a three-year deal was in place, and after three straight successful races both in competition and attendance, another deal has been signed.

With the announcement of the return, the first race of the 2019 IndyCar Series season has been announced. IndyCar will return to Road America on June 21-23.

Sunday’s race was the 28th IndyCar race at Road America dating back to the first event in 1982. All three race weekends since its return in 2016 has been in mid-to-late June and in 2019, the event will keep its traditional date.

“Ask any driver, from nearly every discipline, especially open-wheel, and they love this place,” Road America president and general manager George Bruggenthies said. “The track is designed to make full use of the natural terrain, with elevation changes and undulating turns that allow for intense speeds that test driver skill to the maximum. Combine that with our park-like atmosphere, open seating and great spectator locations and it all equates to IndyCar Series racing at its best.

“We are very pleased to continue this relationship with INDYCAR and we look forward to many more incredible events at America’s National Park of Speed.”

“Road America represents everything good about INDYCAR racing, from the on-track action to the viewing opportunities to the fans and staff here,” said Mark Miles, president and CEO of Hulman & Company, the parent of INDYCAR and Indianapolis Motor Speedway. “We welcome the chance to race here for years to come.”