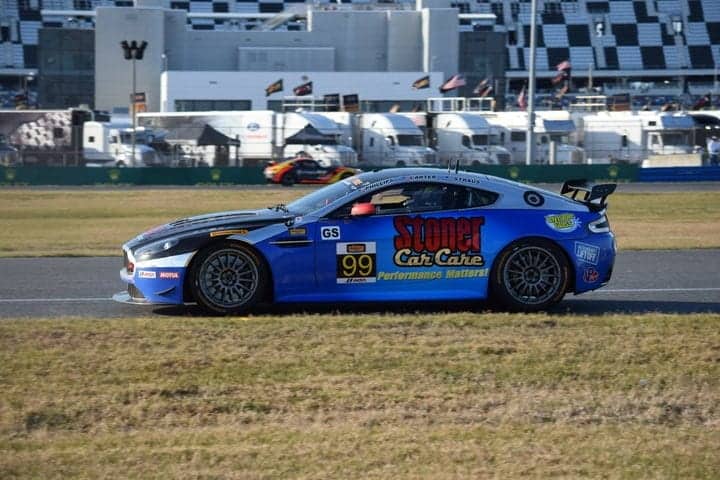 In Grand Sport, there are 26 entries, although it is currently unclear whether all 26 will take the start.  The one team in question is the No. 18 Porsche Cayman GT4 Clubsport MR for Rennsport One.  The team currently does not have any drivers listed for their car.

Automatic Racing is running three Aston Martin Vantage GT4s this week.  The new No. 9 Aston Martin will be shared by Pirelli World Challenge GTS SprintX regular Aurora Straus, former Grand Sport champion Nick Longhi (who serves as Team Manager for Samantha Tan Racing in PWC, which Straus drives for) and Dr. Ramin Abdolvahabi, a neurosurgeon out of Florida who has raced off and on with the team.

Ty Majeski returns to Multimatic Motorsports to drive the No. 15 Ford Mustang GT4 alongside Scott Maxwell.  In Mid-Ohio last time out, Chase Briscoe drove the car with Maxwell and got involved in a wreck with Compass Racing’s Paul Holton.

In TCR, there are eight teams entered.  eEuroparts.com Racing has entered a second car, the No. 12 Audi.  That car will be driven by Kenton Koch and Tom O’Gorman, the 2016 Pirelli World Challenge TCB class champion and a current competitor in the TCA class.

For the Rumcastle team, the Rumburg brothers (Tanner and Luke) have been joined by former K&N Pro Series East racer Bryan Ortiz.  Ortiz has a little experience in the Volkswagen GTI TCR, having raced at Lime Rock Park last month in place of Jarret Andretti.

In Street Tuner, there are six entries.  The five cars that have competed in the previous three races are all entered.  They’re joined by Riley Racing’s Mazda MX-5 for AJ and Jameson Riley.