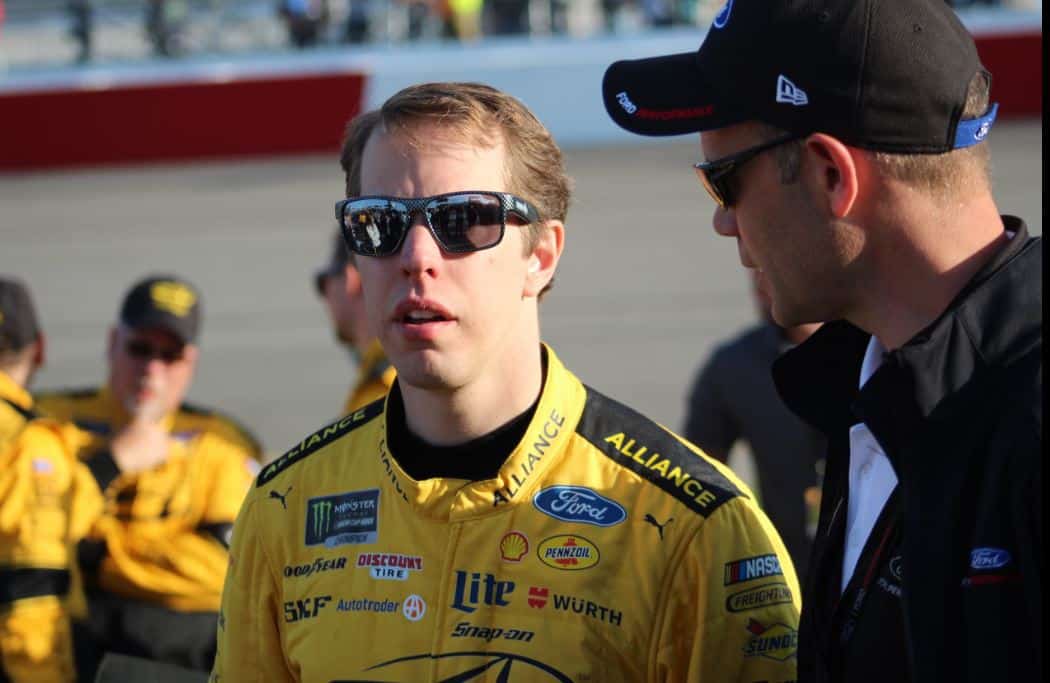 The Monster Energy NASCAR Cup Series travels to the midwest this week for its stop at Chicagoland Speedway. The green flag for the Overton’s 400 on Sunday (July 1) is at 2:30 p.m. ET on NBCSN.

Here are a few drivers to keep an eye on for the Overton’s 400.

Truex has won the past two races held at Chicagoland. In 2016, he started sixth and led 32 laps. Then, in 2017, he clinched his spot in the second round of NASCAR’s playoffs with his win from the third starting spot. He also led 39 laps in 2015 en route to a 13th-place result.

The No. 78 team outsmarted the competition at Sonoma and ended up in Victory Lane for the third time this season. Truex has a strong chance to go back-to-back this week as this team is hitting its stride.

Harvick was by far the fastest driver at Sonoma last weekend but crew chief Rodney Childers was simply duped by Truex’s team. The No. 4 car ended up finishing second when late-race pit stops were all said and done.

But Harvick, looking for his sixth win of the season, will be a heavy favorite this weekend in Chicago. He has two wins at the track, both coming in his first two seasons at the Cup level. That success has continued throughout his career; he’s got 10 top-10 finishes in 17 starts, nine of them within the top five. He also finished third in this race a season ago and will prove a formidable foe for Truex.

Busch was not in the running for a win at Sonoma. However, NASCAR’s return to a 1.5-mile track means he will be in the fold once again. Busch has four wins so far in 2018 and leads the MENCS point standings.

The Joe Gibbs Racing driver has only one win in his 13 Chicagoland starts. But he has started on the pole four times and led laps in the last five races there. Expect the No. 18 Toyota to be a factor near the front on Sunday.

With Busch, Harvick and Truex getting all the attention, Keselowski may fly under the radar this weekend. He is priced well below those three and actually has the best overall track history in the group. Keselowski has nine career Chicagoland starts and finished top 10 or better seven straight times. This streak includes two wins and two additional top fives.

Surprisingly, Keselowski is without a win in 2018 but still sits fourth in the point standings. He has been ultra consistent with only four finishes outside the top 20 in 16 races so far this season. Even though Keselowski has not won, he’s still led laps in eight races. If you’re looking for a darkhorse, the No. 2 team should be your selection.

Blaney has only made two starts at Chicago but has been impressive in both. His debut race in 2016 saw him work from 22nd starting spot up to a fourth-place finish. He followed that up in 2017 with an 11th-place run with the Wood Brothers.

Blaney has been the car to beat in multiple races this season, and it is only a matter of time before the wins start to trickle in. With Ford’s dominance on 1.5-mile tracks to start the year and Team Penske’s solid track history, this weekend could be the race where it all begins.

It’s crazy to think that Busch was the third best Stewart-Haas Racing driver at Sonoma and still finished up in sixth. That is a testament to how fast that organization is. Busch has two poles and led laps in seven races this season but has not found Victory Lane yet. He does have one runner-up and one third-place finish to his credit.

Turning to this weekend, Busch has four top-10 finishes in the last seven Chicagoland races. He set his career high at the track in 2015 with a third-place effort, leading 37 laps during that race. Busch should be a solid top-10 entry once again this weekend.

Hendrick Motorsports had its best collective effort of the season at Sonoma last weekend. At times, we saw every driver running up towards the front. Johnson ultimately finished 11th after running as high as third place; the car had solid pace all day long. Such a strong day could also be the start of a much-needed rebound for the seven-time MENCS champion.

Johnson has the second-best average finish at Chicagoland among active drivers with five or more starts. He has yet to win at the track but collected 11 top-10 finishes in 16 starts, ranking him at the top of the leaderboard in that statistic. He has also led the most laps of any active driver with 695.

Suarez has been a reliable fantasy driver this season. He has only one DNF and that was in the Daytona 500 back in February. He consistently runs in the top 15 and there is no reason to think he’ll do otherwise at Chicagoland. Suarez made his track debut last season during the NASCAR playoffs and finished 12th after starting 13th. 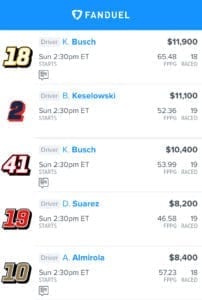