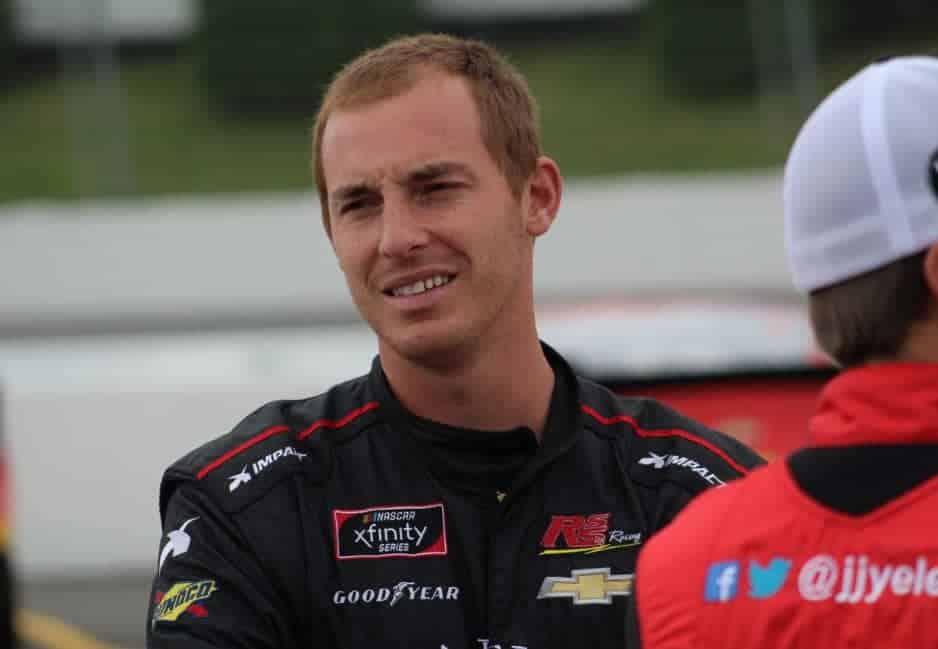 In a sport that has seen its economic model shift over the past two decades, Ryan Sieg Racing is doing all it can to keep primary driver Ryan Sieg going.

Sieg, 31, has been racing full-time in the NASCAR XFINITY Series since 2014 with his family-owned team. In 2016, the No. 39 team made the inaugural XFINITY playoffs, where he would finish ninth in the championship standings, ahead of Brandon Jones, Brendan Gaughan and Darrell Wallace Jr., all of whom drove for larger teams.

The following year was a struggle. Despite recording a career-best finish of second at Iowa Speedway in late June, Sieg failed to make the playoffs, finishing 15th in points. Through the opening 14 races of 2018, the No. 39 team sits lower in the points, 17th, but the driver is happy with the overall performance.

Toward the end of the 2017 season, RSS began running three full-time teams, which has continued into this year. In the 14 races this season, Sieg has piloted the No. 39 car, while 2000 series champion Jeff Green and JJ Yeley have flipped back and forth between the Nos. 38 and 93.

Whereas Sieg has finished 13 of the 14 races (engine issues gave him a DNF at Las Vegas Motor Speedway), his teammates are essentially start-and-parks, combining to finish seven of 28 total starts. In fact, Green has only been running at the checkered flag at Daytona International Speedway and Talladega Superspeedway, and has dropped out prior to lap 26 in 11 races.

“Just to gain more knowledge and more money,” Sieg said. “We’re trying to get my teammates running good and trying to bring some funding to the teams also with a driver and sponsors and stuff like that… It’s still a struggle to get funding, but with them, it’s a little easier to get some funding.”

Though Yeley has been running at the end of five races and sits 28th in points, he has been unsponsored in 10 races. Each week that Green hasn’t had funding, he recorded a DNF. Sieg, himself, has had no primary sponsor in a pair of races this season.

Sieg mentioned that the team is working with four full-time employees at the race shop, while a few additional hands come in when they can during the week. Even though all three teams aren’t running the whole race, you can imagine it’s difficult to manage three separate teams with limited people.

“It’s pretty tough. The guys are working hard every week,” Sieg said. “You’re pretty much working from the time you get there [shop] to the time you leave all week then load up and go to the track. They are a good group of guys, and we all pitch in and do a lot for the little team we’ve got.”

The driver couldn’t confirm the exact number of chassis the company has as a whole, but each team pretty much runs the same car each week at the racetrack. The No. 39 team is the only one of the trio that “sometimes” brings a backup car to the racetrack.

Like most small race teams, should a driver come to Sieg with money, they will be placed in one of the other two cars.

“If you have funding there is always a spot open here,” he said. “The sport is all about funding. If you bring no funding, we’ll try. But if someone comes along with funding, they are pretty much in the car, and they know that.”

The company is doing much of the same as last season when the No. 93 car DNF’d in all 29 races it saw action. But that’s just part of how to run in the sport in order to survive as a small organization.

“That’s money. I wasn’t going to say that, but that’s where the money to keep racing comes from,” Sieg said of running the No. 93 car. “That car keeps me going. It’s good to have that car here. That’s money to keep my car going.”

With the three drivers being hard-nosed, old-school drivers, it’s difficult for Sieg to have them start-and-park. and knows it’s just part of the system to keep going in racing the XFINITY Series.

“I don’t know, do you want to just race and go out of business, or do we want to keep starting and parking and have money to race for me?” he said. “It depends on which way you look at it. You can try to race it and go under or try to make some money and keep racing with my team. You’ve got to do what you’ve got to do, and we will keep plugging along. ”

The ultimate goal for the three-car team is for a company to get on board, but if not, the team “will keep doing what we’re doing and it will be all good.”

When it comes down to some of the nuances, the Nos. 38 and 93 often use scuffed tires and used engines just to make it through practice. The old adage is it takes 70 percent of the money it takes to run the Monster Energy NASCAR Cup Series, and the teams make 20 percent of what Cup teams make.

Because of this, it makes races like Talladega, which saw all three cars finish in the top 13, career days.

“That was huge,” Sieg said of Talladega. “We had a good strategy at Talladega, rode around most of the day and at the end, we charged our way to the front, finding ourselves in the top 15 with all of our cars. That’s a great day.”

A great day for the entire @RyanSiegRacing program !! Can’t thank Rod, Ryan and the rest of his family for allowing me to drive their race cars! Thanks Josh Roberts Trucking and repair for coming on here in @TalladegaSuperS #P11 #All3top15

What a day for RSS Racing!

With 12 races remaining in the regular season, Sieg’s goal is to still make the playoffs. Currently, he’s tied with Kaz Grala for 15th on the playoff grid, only 24 markers behind Ross Chastain, who sits on the cut line.