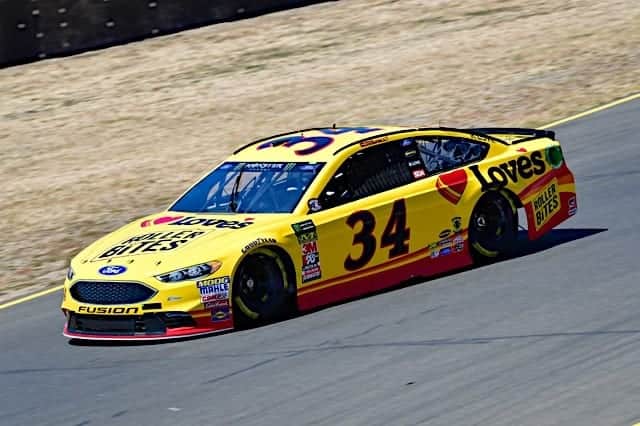 In the latest episode of the 2018 Frontstretch Podcast, we review the first road course race of the season at Sonoma Raceway with Dustin Albino, Mike Neff, Zach Catanzareti and Michael McDowell, who finished 21st and picked up stage points in stage two.

Martin Truex Jr. dominated the race, leading a race-high 62 laps. It was a pit call by crew chief Cole Pearn to leave the No. 78 car out while others pitted late in the going that really aided his cause. While most drivers made two stops during the final stage, Truex split the 60-lap stage in half, making it the distance on one stop.

The Stewart-Haas Racing duo of Kevin Harvick and Clint Bowyer played the two-stop strategy, which had them rounding out the podium. Both of them are previous road courses winners, and Truex now has three triumphs in road races, so the gang breaks down who they think is the best driver at making left and right turns.

We also look at strong runs by Erik Jones, Aric Almirola and Alex Bowman, all of whom competed in the K&N Pro Series West race on Saturday. On the flip side, Ryan Blaney had to compete with no power steering.

McDowell brings up what makes a good road course driver, as well as which road race he prefers, Sonoma or Watkins Glen International. He also wouldn’t mind bringing the show to a city with an addition of a street course race.