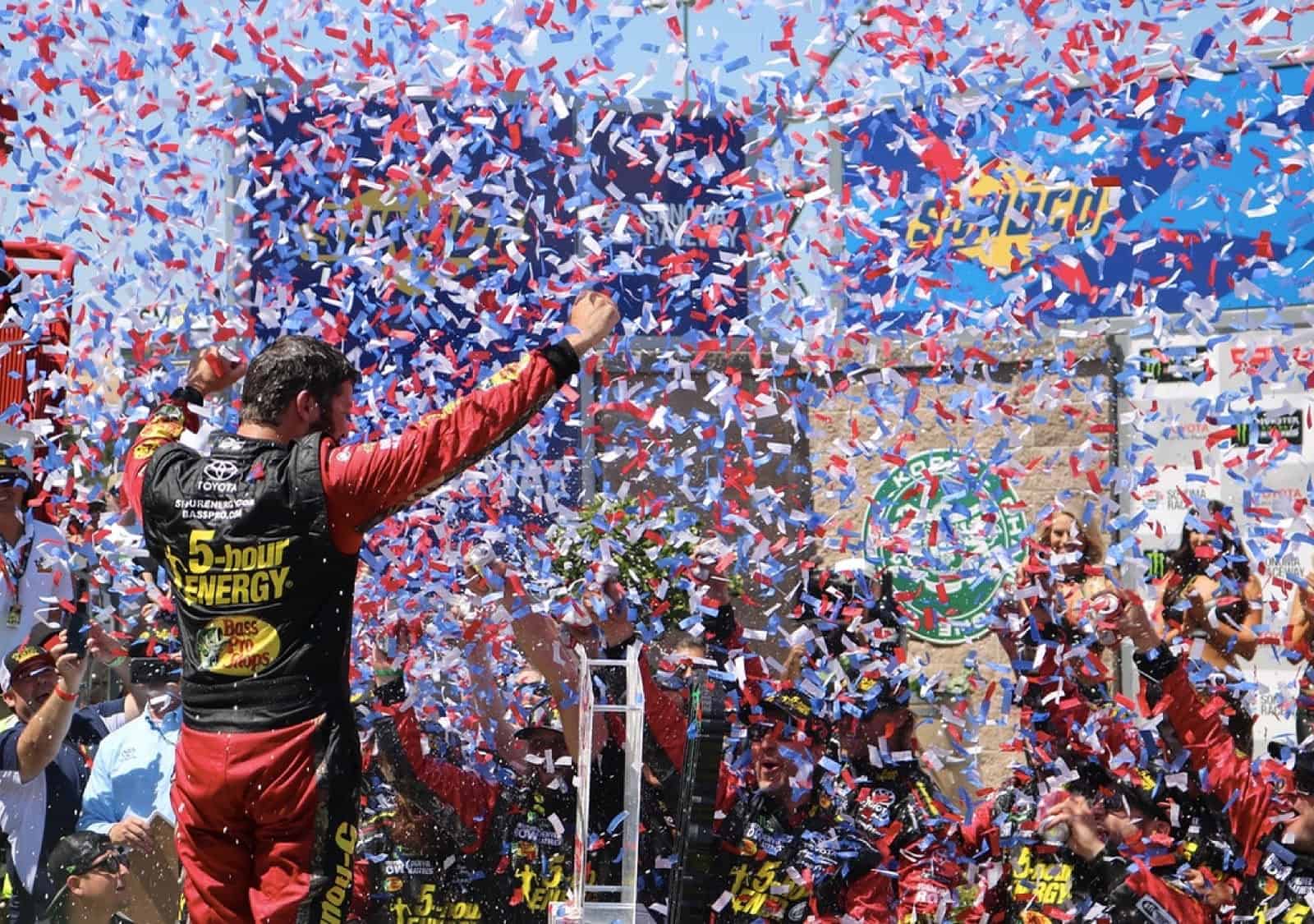 The Monster Energy NASCAR Cup Series made the trek to Wine Country this weekend. The final trip to California of the 2018 season featured the usual suspects showing their strong hand again, this time on the first of three road course stops of the season.

A late race pit call by crew chief Cole Pearn put the No. 78 team in the catbird seat as Martin Truex Jr. locked up his third victory of the season and first at Sonoma since 2013.

With the exception of AJ Allmendinger and Denny Hamlin winning the stages within the race, there wasn’t much competition at all for the same four drivers who have outright kicked butt this year. How did Sunday’s race from Sonoma shake up our power rankings? Well, read past No. 4 to find out.

Harvick remains number one on our power rankings just because he lost the race on Sunday due to a pit call, which was completely out of his control. Harvick was still faster than Truex in most cases on Sunday, but when it came down to who had fresher tires, Harvick was just one step behind.

Kevin Harvick on 2nd-place run: "You're not gonna win them all." pic.twitter.com/2sl8f48mr4

As the summer temperatures get hotter, so does Martin Truex Jr. It’s turning into 2017 all over again, but this time, he has challenges.

Also with the victory on Sunday, Truex could argue that he’s been the best on the road courses lately, winning two of the last three. We’ll see what happens when the series heads to Watkins Glen in a few weeks and ultimately to the Roval in October.

It was a rather calm afternoon for Kyle Busch on Sunday. He didn’t win, but still kept a positive attitude after the race. Busch kept it up front the majority of the race and earned a quiet top-five finish.

First in house shirt to commemorate the achievement of winning at all active tracks! This is for all you #RowdyNation peeps!! https://t.co/865arciyFM

It was another strong performance for Clint Bowyer and the No. 14 team on Sunday, with Bowyer almost earning his second straight victory. Bowyer was two steps behind Truex and one step behind Harvick. In the end, he brought home a third-place finish.

Sometimes you get fan mail that just makes your day. Thomas, thanks for giving me your Special Olympics medal that you won in Floor Hockey. Your inspiration was just the motivation I needed. Let’s all kick ass this week. ? pic.twitter.com/RTDsE5FKiu

Kurt Busch is beginning to make a comeback and that should have the field concerned, especially with how Stewart-Haas Racing has been running this year. Busch was the third of four SHR drivers to finish inside the top 10 on Sunday.

The driver of the No. 41 is beginning to threaten again and could earn his next victory where he earned his last … Daytona.

All consistency today. Tried a two stop strategy in the final segment, but it evened out for a solid day! Going to be a fun week with @goldRushRally can’t wait to share it with everybody pic.twitter.com/66J2fxsqUa

All-around bad day for Ryan Blaney, but it wasn’t his fault. The power steering in his car was going out and eventually went out all the way.

But did Blaney just pull it in and quit? That’s not Blaney’s style and, though he had a rough finish on Sunday, he still impressed those who have driven a vehicle without power steering.

Haha. That middle finger from my buddy put a great cap on my day. ? https://t.co/REjfhfX8fl

This isn’t really a surprise, but it can’t become a common thing should Larson want to make it a five-driver battle for the championship.

Joey Logano was looking for his second road course victory on Sunday, but instead, he finished a disappointing 19th. If the team is going to be a threat in the playoffs, they needs to iron out the problems they have been facing at the road courses or pull a victory before the series heads to the Roval.

A road course track is still left unchecked by Brad Keselowski in his career. He’s been so good at them lately, but on Sunday it was a completely different story. He finished 13th, but still tallied some stage points, so it could have been worse.

My latest Facebook live—-> On the plane, Heading home from Sonoma Raceway. https://t.co/St4ciciIbk

That place sure was a lot more fun this trip than it’s been, if y’all only knew my struggles the first two years there you’d understand how nice it felt to be solid today. Good effort by my group all around, strategy was ??