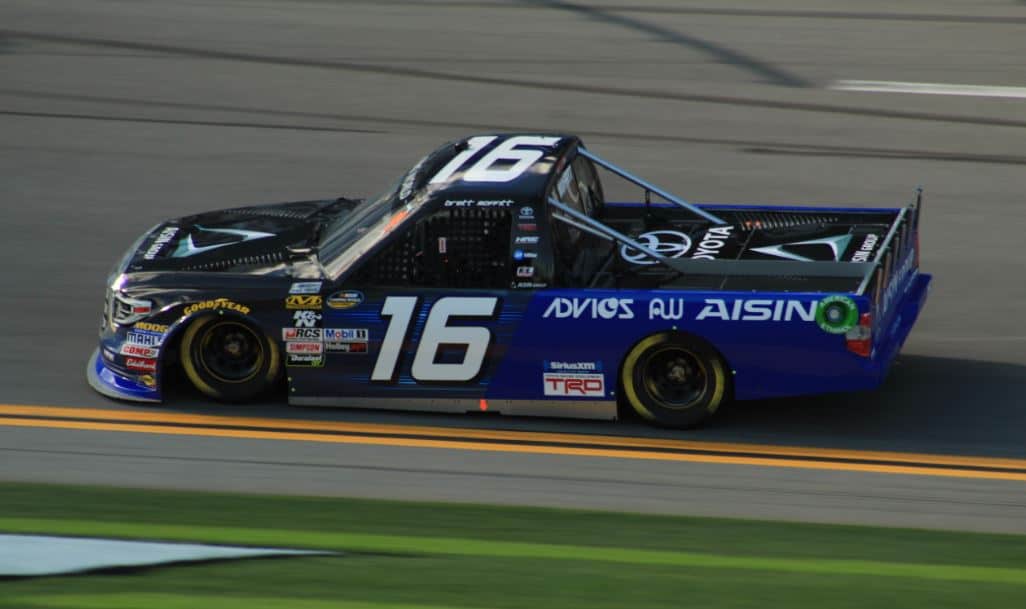 The NASCAR Camping World Truck Series is absolutely unpredictable. From the level of Brett Moffitt being at the track this weekend to the improbable last lap. The stars lined up for Moffitt as he stole his third victory of the season.

John Hunter Nemechek and Moffitt were putting on a show as the laps wound down. When the white flag was displayed, Moffitt was still chasing down Nemechek with Nemechek just having to maneuver through the final turns and take the checkered flag, there was just one problem: Nemechek only made it into the first turn. Joe Nemechek confirmed following the race to FOX that the truck ran out of fuel in the first turn, something no one would’ve thought.

UPDATE: @FrontRowJoe87 confirms to @NASCARONFOX after the race that @JHNemechek ran out of gas while leading. pic.twitter.com/93gNGvoeMd

Ben Rhodes finally had a race go right for once as he earned his best finish since his victory last season at Las Vegas, finishing second. Johnny Sauter rebounded from pit road issues to finish third while Noah Gragson and Brandon Jones rounded out the top five.

Though leading the final lap of the race, an empty fuel tank relegated Nemechek to a seventh-place finish.

The NASCAR Camping World Truck Series takes the weekend off while XFINITY and Cup head to Daytona. The Trucks return for the Buckle Up in Your Truck 225 at Kentucky Speedway. With five races remaining before the cut-off, it’s going to be no holds barred.