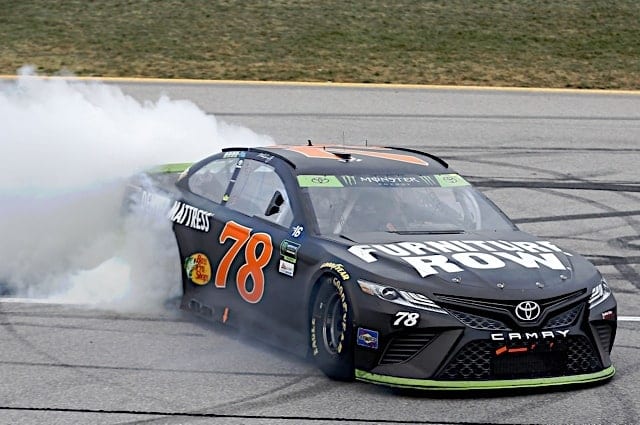 The Monster Energy NASCAR Cup Series travels to the midwest this week for its stop at Chicagoland Speedway. The green flag for the Overton’s 400 on Sunday (July 1) is at 2:30 p.m. ET on NBCSN.

Here are two drivers that are primed for a big afternoon at Chicagoland.

Truex is the most expensive driver on FanDuel this weekend, but for good reason. Truex is the most recent winner after finding victory lane at Sonoma, and he is also the defending race champion at Chicagoland. In fact, Truex has won the last two races held at the track.
In 2016, he started sixth and led 32 laps. Last season, en route to winning the series championship, he started third and led 39 laps.

Truex is one of the hottest drivers running right now and should finish within the top five.

Keselowski will fly under the radar this weekend with all the talk about Kyle Busch, Kevin Harvick, and Truex’s dominance. But when it comes to that group, Keselowski has the best Chicago track history. Keselowski has nine career Chicagoland starts and has finished 10th or better the past seven straight. This includes two wins and two additional top five finishes.

Surprisingly, Keselowski is without a win in 2018 but still sits fourth in the point standings. He has been ultra consistent with only four finishes outside the top 20 in 16 races so far this season. Even though Keselowski has not won, he’s still led laps in eight races. If you’re looking for a darkhorse, the No. 2 team should be your selection. 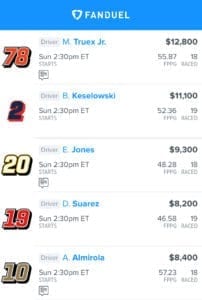