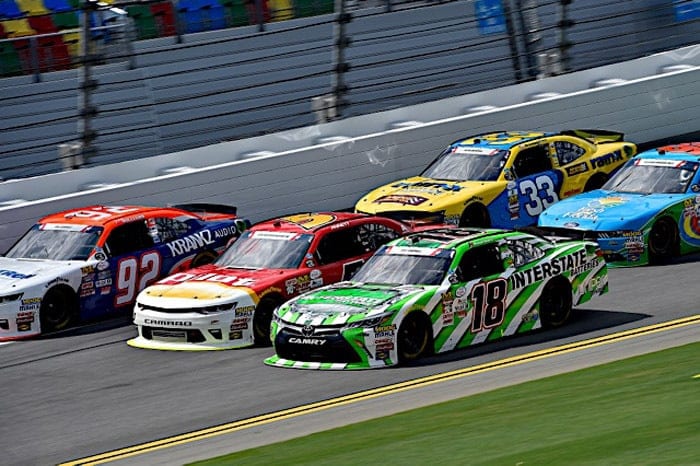 The NASCAR XFINITY Series heads to Daytona International Speedway this weekend for the second time this season on Friday, July 6.

41 teams are entered this weekend, meaning one team will go home after qualifying.  There are several changes on this week’s entry list.

Among top-tier teams, Shane Lee will be back in the No. 3 car for Richard Childress Racing this weekend.  Lee has four starts this season, earning a best finish of 12th at Pocono.

Ryan Preece will drive the No. 18 Toyota for Joe Gibbs Racing. It’s Preece’s first time in the car since he scored a win at Bristol Motor Speedway earlier this season. Austin Cindric will be back in the No. 60 for Roush Fenway Racing after driving for Team Penske last weekend at Chicagoland Speedway.

As far as part-time teams, Justin Haley will drive a second GMS Racing entry in the No. 24 car this weekend.  Haley has made one XFINITY start this season which came at Iowa Speedway; he finished 12th.