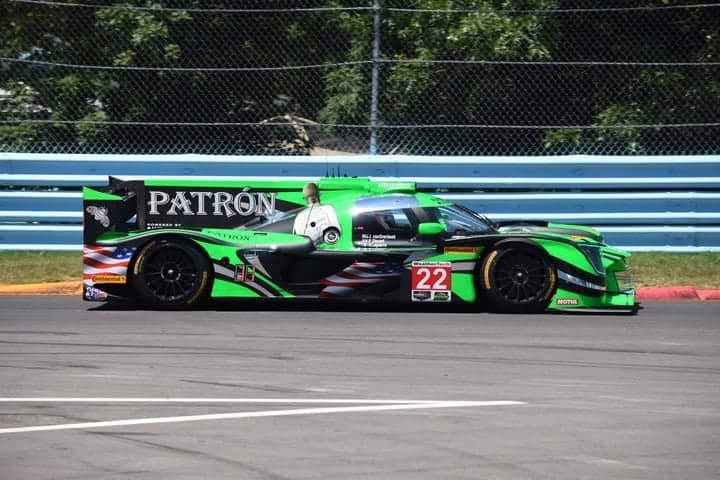 After the fireworks of Watkins Glen, the IMSA WeatherTech SportsCar Championship is right back at it this weekend at Canadian Tire Motorsports Park.  There are currently 34 teams listed as being entered for this weekend.  That number is really 33.

Tequila Patron ESM had one of the worst possible weekends you could have at Watkins Glen.  Both cars were caught up in a crash on the first lap of Sunday’s Sahlen’s Six Hours at the Glen.  Neither car made it to one-third distance before retiring.  To make matters worse, the team went through at least three engines in the heat of Watkins Glen.  As a result, they’re only going to field one car this weekend.

Unfortunately, our weekend at WGI was particularly tough on our three engines. Due to our spare engine availability and the back-to-back schedule, we'll run just one car at @CTMPOfficial, with @ryan_dalziel and @PipoDerani in the No. 22. We'll be back to two cars at Road America! pic.twitter.com/rUI1PpOGYu

Despite Tequila Patron ESM’s woes, they have a very strong lineup in the No. 22 for CTMP.  Pipo Derani is very quick and Ryan Dalziel can get the job done.  Scott Sharp and Johannes van Overbeek will sit out the weekend.

With the withdrawal of Tequila Patron ESM’s No. 2 Nissan DPi, there will be 13 Prototypes racing this weekend.  That is the lowest number of the season.

GT Le Mans has eight cars entered (factory entries from Chevrolet, BMW, Ford and Porsche).  There are no changes of note.

In GT Daytona, 12 cars are entered.  Here, Wright Motorsports has entered their second car (No. 16) for Wolf Henzler and Michael Schein once again that debuted at Mid-Ohio.  The plan appears to be to run the No. 16 in the remaining sprint races on the schedule.

At Scuderia Corsa, Alessandro Balzan will miss his third straight race following what has been referred as a “minor medical procedure.”  No indication has been made as to what that procedure was, but Balzan believes that he will be back soon.  In his place, Jeff Segal will share the WeatherTech Ferrari with Cooper MacNeil.

Finally, the combination of Bill Auberlen and Robby Foley will be back in Turner Motorsport’s BMW M6 GT3.  None of the three drivers (Dillon Machavern, Markus Palttala and Don Yount) that won the GT Daytona class at Watkins Glen last weekend are entered at CTMP.