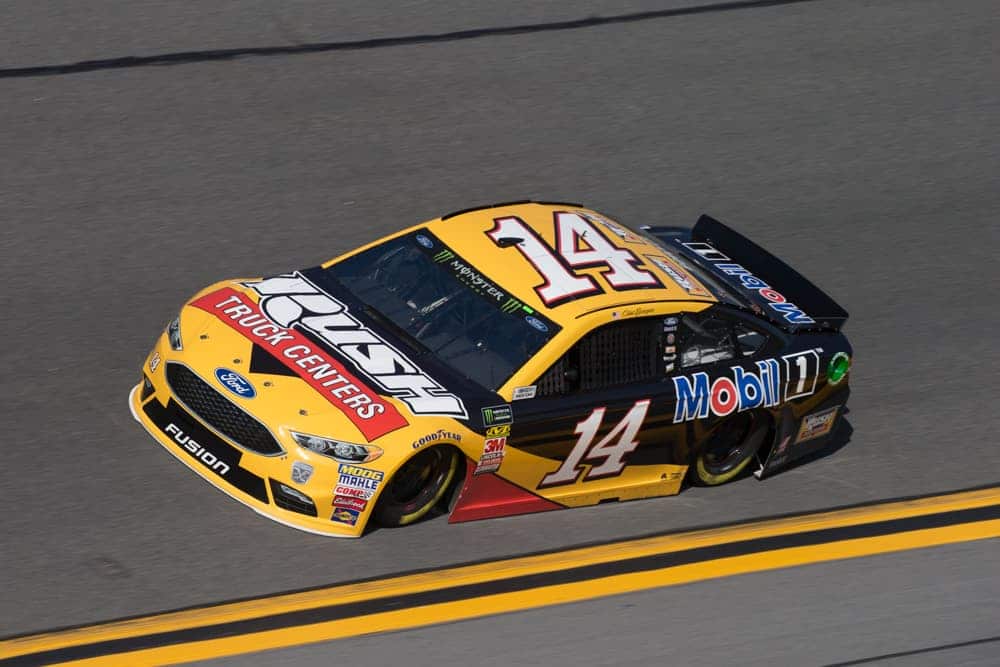 Thursday’s Monster Energy NASCAR Cup Series practice ahead of Saturday night’s Coke Zero Sugar 400 were led by Clint Bowyer.  The second practice was washed out by rain about five minutes into the scheduled 50-minute session.

Kurt Busch and Kevin Harvick were sixth and seventh, followed by the JTG Daugherty Racing Chevrolets of AJ Allmendinger and Chris Buescher, and Chase Elliott rounded out the top 10.

Daytona 500 polesitter Alex Bowman ran the most laps of the session with 36, while Jeffrey Earnhardt drove a single lap. 39 of the 41 entries took part in this practice.

Timothy Peters, making his first Cup start at Daytona, was slowest car on track at 185.552 mph, while the No. 51 of Ray Black Jr. did not post an official time.

Logano had the best 10-lap average speed of 197.673 mph, and he was followed by Bowyer and  Martin Truex Jr.

The green flag for the Coke Zero Sugar 400 will fly Saturday, July 7 shortly after at 7 p.m. ET, with TV coverage on NBC.