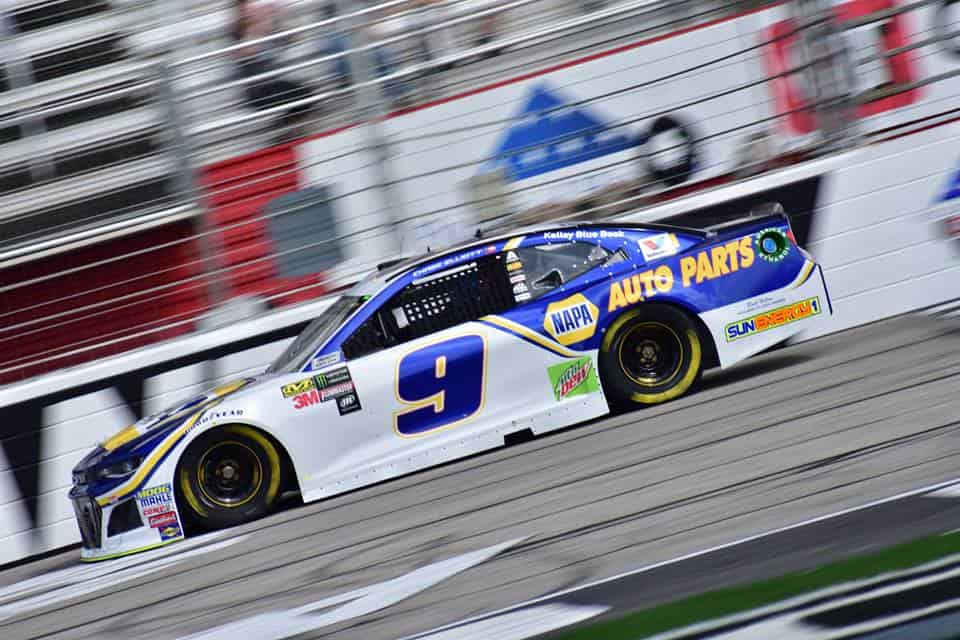 Chase Elliott dominated both rounds of qualifying at Daytona to secure his fourth career pole position. Elliott turned a 194.045-mph lap to put his No. 9 Hooters Chevrolet Camaro ZL1 on the pole. His Hendrick Motorsports teammate Alex Bowman qualified in the second position with a lap that was just a .999-mph slower.

The defending race winner Ricky Stenhouse Jr. qualified sixth followed by Ryan Newman in seventh. Michael McDowell was the big story of the qualifying session as he will start Sunday’s race from the eighth position, the second-best start of his career and second top-ten start of 2018. Clint Bowyer, 2018 Daytona 500 winner Austin Dillon, Joey Logano, and Ryan Blaney rounded out the top 12.

Since 41 cars were entered for Saturday’s Coke Zero Sugar 400, one driver was sent home. That driver being Timothy Peters, who was seeking to make his second start in the Monster Energy NASCAR Cup Series.

The Coke Zero Sugar 400 at Daytona is slated for tomorrow night (July 7th) and can be seen on NBC beginning at 7 p.m. ET.