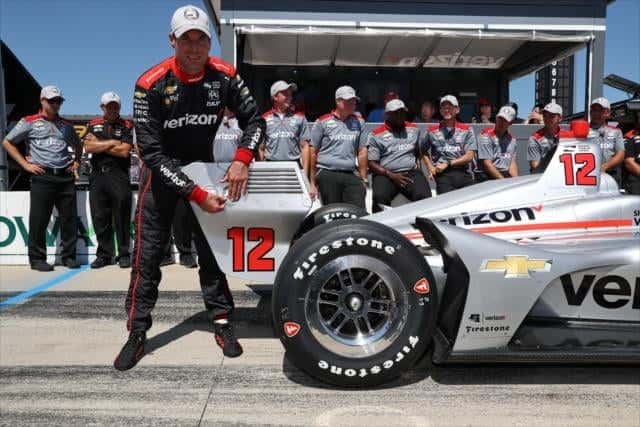 Will Power will lead the field to green in Sunday’s (July 8) Iowa Corn 300 for the second straight year in INDYCAR. Power paced the fastest lap of the final round and just barely defeated teammate Josef Newgarden to earn his 52nd career pole position.

“It wasn’t easy, but the Verizon Chevy was great,” said Power. “You have to drive it. It’s quite difficult over all the bumps, but we kind of unloaded well and we tested here. It’s the start of a good weekend. I’ve had a couple of bad ones and I want to have a really good weekend this weekend. I got a little feedback from Simon (Pagenaud) prior to the run. He said there’s a bit of push and we kind of adjusted for that but we were thereabouts in the window obviously, so the car was good. It’s difficult for everyone with hot temperatures, bumpy track and low grip. It’s about driving. The race will be so different (from qualifying). The tires really degrade and you’ve just got to really work on having a consistent car and stint.”

The 52nd pole for Power inches him closer to series history. He is within one pole of AJ Foyt for second place in all-time pole positions in the series.

Ryan Hunter-Reay, a three-time Iowa Speedway winner, qualified for the race in third. Pagenaud qualified in the fourth position while Alexander Rossi and Scott Dixon rounded out the Firestone Fast Six.

Coverage of Sunday’s Iowa Corn 300 begins at 2 p.m. ET on NBCSN. You can listen to the race via the Advance Auto Parts INDYCAR Radio Network that includes XM 209 and Sirius 217.