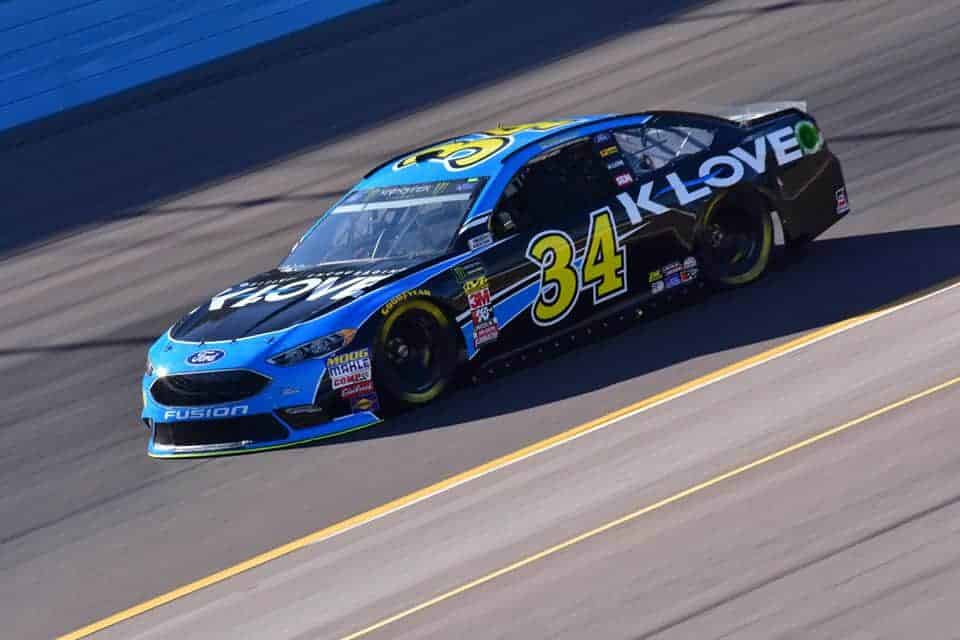 Michael McDowell has always been a strong restrictor plate performer in underdog equipment. Entering Saturday night, he had five straight Daytona top-15 finishes in the Monster Energy NASCAR Cup Series to make him one of the sport’s best at this type of racing.

But Saturday night took that streak to another level. McDowell put on a heck of performance in the Coke Zero Sugar 400, leading a career-high 20 laps. He was in the running for the win from the start, spending much of the race working with Ricky Stenhouse Jr., his Roush Fenway Racing technical teammate. They created a formidable drafting tandem that, at one point, looked to be settling the race amongst themselves.

McDowell spent much of the first stage in second but late in the run, he fell back. A tight car forced him to make multiple trips down pit road which cost him valuable track position for stage two. At this point, the No. 34 car was dodging multiple wrecks as he began making his way back to the front.

But the Big Ones didn’t swallow up McDowell’s car. Hooking up with Stenhouse, he cruised through the draft, earning a second-place finish in stage two and tallying nine stage points.

McDowell remained in contention through much of the race’s final stage. But a crash between Stenhouse and Kyle Larson left the No. 17 wounded and no longer a reliable draft partner.

Slowly, the No. 34 Ford drifted into midpack, in a tough spot as Lady Luck finally caught up with him with five laps left. As Joey Gase spun up the track in Turns 3 and 4, McDowell became the meat in the sandwich of Gase and Aric Almirola. It’s a crash that sent the race into NASCAR Overtime.

McDowell’s car ended up in the grass and on fire as he made his way into the ambulance. He would get checked and released from the infield care center but tumbled to 26th in the final running order.

“It’s just plate racing,” said McDowell. “We lost a little bit of track position and that just put us in the back there. Everybody is fighting hard for the same real estate at the end. But I’m really proud of everyone at Front Row Motorsports because we had a really fast car. I was able to push Ricky to both the first stage and second stage wins and finished second in the second stage. We overcame a lot and got within a few laps of being in position and just didn’t execute.”

Despite not having the finish to show it, people knew McDowell was there tonight. The run also proved he’s not one to overlook in future restrictor plate races. The longtime underdog was able to work with most everyone in the field and put himself in contention up front.