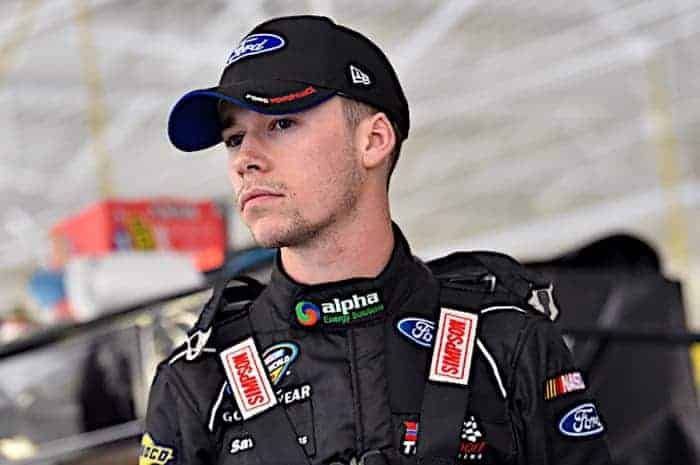 This week’s NASCAR Camping World Truck Series race at Kentucky Speedway marks the first of five remaining events ahead of the 2018 playoffs.

Johnny Sauter and Brett Moffitt are locked in with a combined seven wins between them, and in all likelihood, Noah Gragson and Justin Haley can rest easy with one victory apiece, especially given the dominance Sauter and Moffitt have shown in the first 12 races this season. In fact, it wouldn’t at all surprise me if the pair combined to win multiple events over the next five.

But with that said, it’s not impossible for the series to see five different winners in the next five events.

As Matt Crafton put it, he and Kentucky Speedway “have had a love-hate relationship.” Overall, his stats aren’t terrible. In 19 starts, he holds a single victory and 14 top 10s, but only five of those finishes were top fives. With that said, Crafton currently has a streak of seven straight top-10 results, and it’s a track that he could easily break through to Victory Lane at for the first time this season. Of course, you can’t count out a driver like Stewart Friesen, who has shown immense strength on the mile-and-a-half tracks this season. Heck, he almost won Texas Motor Speedway but missed out thanks to a well-timed block by winner Sauter.

Perhaps still the biggest unknown for teams that only visit the dirt track once a year, Crafton scored his lone 2017 win at the track and punched his ticket for the championship battle, despite a relatively lackluster year. But with that said, it’s hard to look anywhere beyond dirt standout Friesen, who has been oh-so-close to a win several times this season. If he doesn’t find his way to Victory Lane at Kentucky, if I were a betting person, I’d put money on him winning Eldora.

Kyle Busch Motorsports has taken the victory at Pocono in the last three seasons, and it’s likely driver/owner Kyle Busch will have a good shot at it again this year since this is the last race he’s scheduled to run. Meanwhile, Ben Rhodes finished runner-up to Christopher Bell in this race last season, and given the improvements his team has shown in recent weeks, this event just might be the one where he can snag a win and secure his spot in the championship battle.

The high speeds of Michigan International Speedway have been kind to those who have not yet visited Victory Lane. In fact, four drivers have scored their first career Truck Series win at the 2-mile oval (Johnny Benson – 2006, Colin Braun – 2009, Nelson Piquet Jr. – 2012, Brett Moffitt – 2016). Dalton Sargeant, Todd Gilliland and Myatt Snider are all winless this season and in their careers. However, each has shown their own strength at times this season. Combine the high speeds and close quarters with a little bit of luck, and we could see one of those three punching their ticket to the playoffs. If I had to pick just one though, I’d give the edge to Gilliland in large part because he’s come so close already this season.

Kyle Busch has won five of the last 10 Truck Series races held at Bristol Motor Speedway, but this time around he won’t be entered in the final race to set the playoff field. In fact, it’s highly unlikely any of the winners in the last 10 events will be in the field when this race rolls around in late August. Grant Enfinger finished fourth in this race last season. With a No. 98 team that’s been showing more and more strength each week, don’t be surprised if he’s there at the end, trying to fight his way for a victory to lock in his spot in the championship battle.

How awesome is this!! Time to get some practice leading up to @EldoraSpeedway next week! https://t.co/CWg0Dv93vv