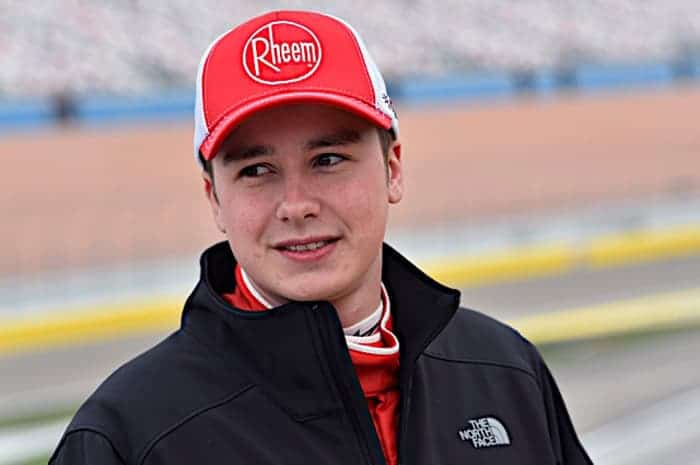 In a Kentucky Speedway night many thought would be dominated by Kyle Busch, it was his former student that took the checkered flag in the NASCAR XFINITY Series ALSCO 300.

It didn’t come easy, but Christopher Bell earned his third career victory and second of the 2018 season Friday night (July 13). Bell held off a spirited charge from Daniel Hemric, planted nearly on his bumper over the final 15 laps to take the win. It was the second runner-up finish for Hemric in the last five XFINITY events.

Hemric pushed Bell, Kyle Busch, John Hunter Nemechek, and Justin Allgaier as hard as he could at the end of the race. His first career victory was within reach but in the end, the No. 21 South Point Chevrolet driver came up just short.

Both XFINITY regulars benefitted from an off night by Busch. The Monster Energy NASCAR Cup Series veteran straight up dominated the race’s first half; in all, he led 111 of 200 laps. But late in the race, Busch’s handling went sour. He lost the lead to Hemric on lap 144 and never regained it the rest of the night.

In fact, during a subsequent caution Busch came down pit road for fresh tires. It cost him track position but improved the handling enough for the No. 18 Toyota driver to battle back to third.

That left the race to Justin Allgaier, Bell, and Hemric up front. Bell snuck past Allgaier with 16 laps left, then held off Hemric to take the checkered flag by .848 seconds.

Allgaier faded to fourth while Cole Custer rounded out the top-five finishers. The race provided a possible look at what the series championship battle could look like in the next few months; the top four XFINITY regulars at Kentucky sit inside the top five in series points.

“I knew coming in here driving for Joe Gibbs Racing that we’d be championship contenders,” Bell said. “But I’ve just got to minimize my mistakes and start winning more, so now we’ve got two of them and we need to get a couple more.”

In the second stage of the race, another rising star, John Hunter Nemechek, made his name known up front. At one point, Nemechek passed Busch for the lead and earned himself a victory in stage two. But a faulty battery would throw a monkey wrench in his night. Nemechek wound up pushed to pit road by a tow truck to fix the problem, losing a lap. By the time he got it back, the No. 42 was out of contention for victory but Nemechek still recovered to finish seventh.

The first two stages of the race were rather uneventful, running caution free except for stage breaks. But on lap 101, the No. 78 of Blake Jones spun in Turn 4, putting out the first on-track yellow for an accident.

You know what they say after that: cautions breed cautions. Four laps later, Brandon Jones’ good night would take a turn for the worse as he’d spin on the backstretch. The No. 19 went behind the wall resulting in his first DNF since Texas in April.

Other drivers having problems included Roush Fenway Racing’s Ty Majeski. Early in the race, Majeski slapped the outside wall hard which caused the No. 60 Ford to make multiple trips down pit road. Then, on lap 133, Majeski went sliding through the infield grass. He’d finish a disappointing 27th.

Problems also bit championship favorite Elliott Sadler, who slapped the outside wall which resulted in the second to last caution of the night. Sadler could only manage 12th and now sits tied with Hemric atop the point standings.