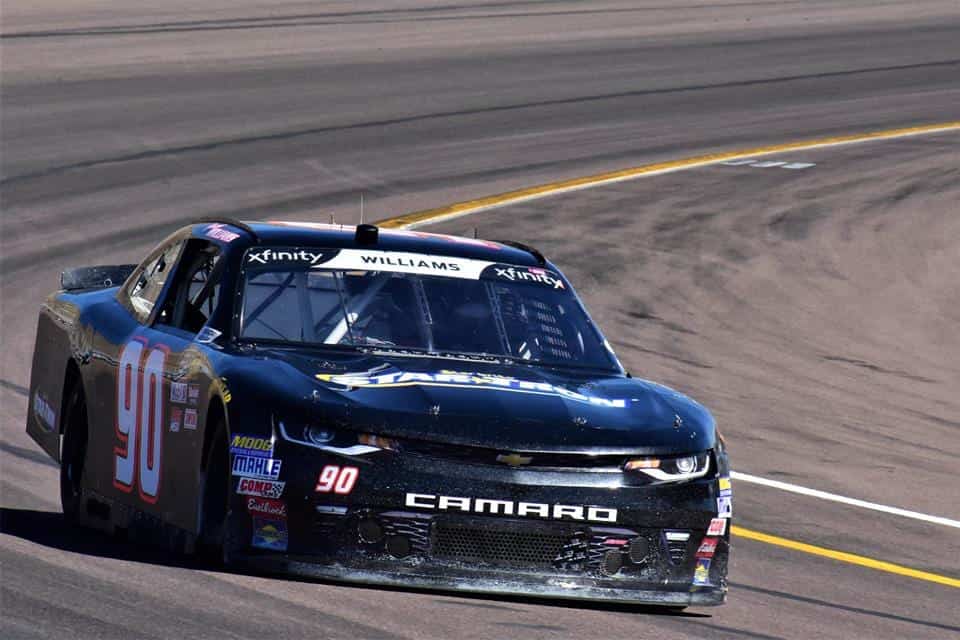 NASCAR Pinty’s Series driver Donald Theetge will make his XFINITY Series debut later this month in the Lakes Region 200 at New Hampshire Motor Speedway. Theetge will pilot the No. 90 entry for King Autosport. So far this season, Josh Williams and Brandon Brown have split time in King’s second car. Williams has the most starts at 13 but will cede the driver’s seat to Theetge, who brings funding.

“Mario Gosselin asked me to drive a truck three or four years ago. But I couldn’t find a sponsor so when he bought an XFINITY team, he contacted me last year to do a couple of races and here we are,” said Theetge. “It’s a huge opportunity to have Martin Roy and Mario Gosselin, two Canadians in XFINITY so it’s easier to try and have a ride in the series.”

Theetge has 15 starts in the NASCAR Pinty’s Series. He’s earned a best finish of second three times, most recently at Jukasa last September. Moving to XFINITY will be a struggle, as Theetge told Frontstretch.

“It’s not going to be easy because I have never drove and XFINITY car and we only have two hours of practice,” he explained. “But I have experience and I know I am not going to race in this series for a long time. I will try and stay out of trouble and earn a top-25 finish.”

Theetge is currently competing in the Pinty’s Series and has three starts so far this season. Third was his best finish at Autodrome Chaudiere a few weeks ago. The driver hopes this run will be the start of a limited schedule; Alex Labbe did the same before transitioning to a full-time ride with King this season.

“I was asked by Gossellin to do more races but with my schedule this year, it’s going to be tough,” Theetge said. “We race until the end of September and my license is on tracks that are less than one mile.”