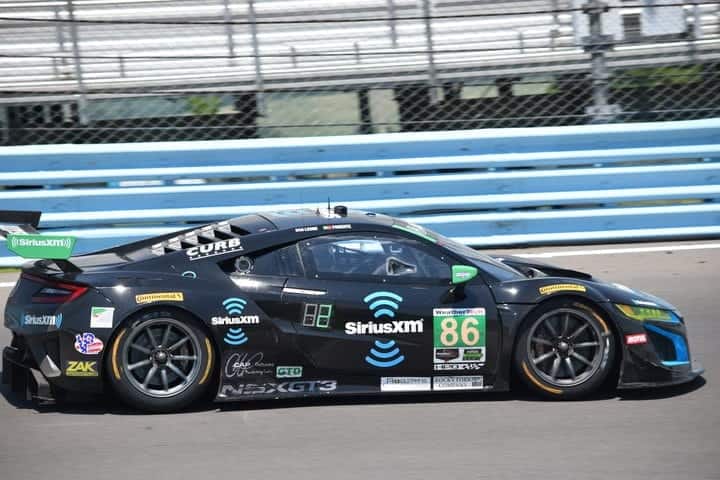 On Thursday (July 12), Meyer Shank Racing with Curb-Agajanian officially announced that the team’s second car, the No. 86 Acura NSX GT3, will compete in the remaining five races on the IMSA WeatherTech SportsCar Championship calendar.  Originally, the team was only scheduled to compete in the Tequila Patron North American Endurance Cup races (Daytona, Sebring, Watkins Glen and Road Atlanta).  However, strong form early on led MSR to find additional sponsorship that helped them go to additional races.

The move to go full-time with the No. 86 is partially thanks to increased sponsor support.  Recently, SiriusXM signed on to serve as the team’s primary sponsor at Watkins Glen and CTMP.  That relationship will continue.

“We’ve been so fortunate to have our partners stepping up and keep us going forward this year, and we are at the point of the season that we needed to make a full commitment one way or another,” team co-owner Michael Shank said in a press release.  “We are in a strong position right now in this championship so we want to keep our foot in it and go for it. It was critical to be able to manage this second entry without compromising anything else that we are doing as an organization. So I’m happy to have some of our long-time sponsors as well as some new ones help us keep pushing all the way to the end. Now that we have this confirmed we can just put our heads down and focus on the championship.”

Through six races, Katherine Legge is currently second in points, just three behind Paul Miller Racing’s Bryan Sellers and Madison Snow.  Legge has one win (Belle Isle) and three second-place finishes (Daytona, Mid-Ohio and Watkins Glen).  She’s had four different co-drivers this season, but the one that she’s had the most often is Àlvaro Parente.  Parente has shared the No. 86 with Legge in every race except Belle Isle.

Legge’s other co-drivers include Mario Farnbacher, who co-drove the No. 86 to victory at Belle Isle.  Monster Energy NASCAR Cup Series racer AJ Allmendinger raced at Daytona only, while Trent Hindman has competed at Daytona and Sebring.  The team did not announce who would be driving the No. 86 Acura for the balance of the season, but given Legge’s position in the championship, she will more than likely drive in the remaining events.  Parente, who is sixth in points, would likely partner her as well.