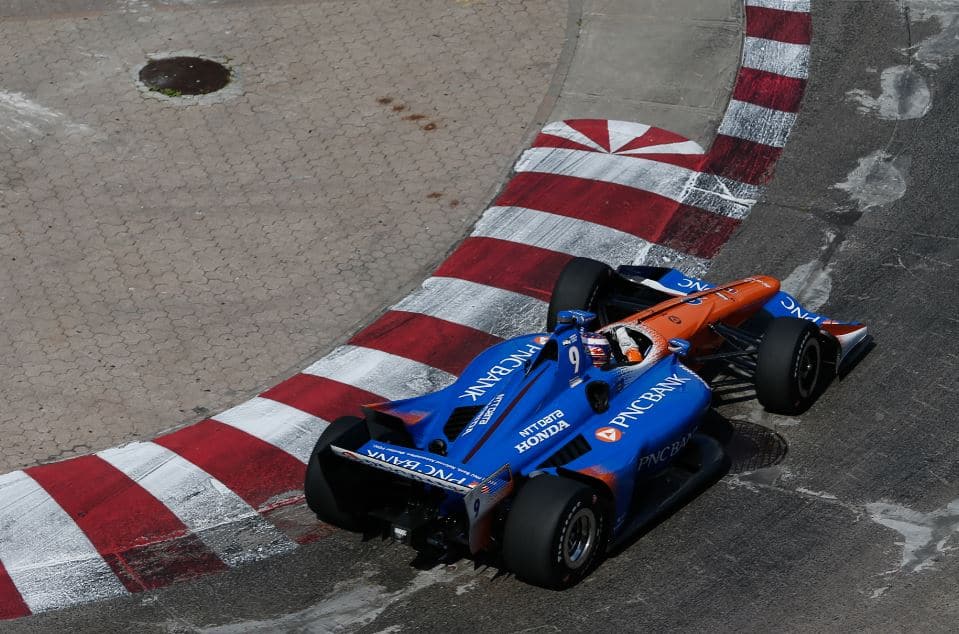 “The car was superb,” Dixon said. “We just needed some clean air to where it would check out. It was definitely a tough race, tough on those restarts. I have to thank Honda, this is the Honda Grand Prix and they’ve done a superb job all year. We’re going to try and keep these points rolling.”

When pole sitter and leader Josef Newgarden hit the wall on a lap 34 restart, the race was put in the hands of four-time champion Dixon, who nearly led the remainder of the Canada event.

Newgarden, who led the opening 33 laps, lost the front end approaching the restart, slid out of the groove and hit the wall.

“The first thing that pops into my mind is not to do the same thing,” Dixon said of the incident. “I was definitely pretty cautious going into Turn 1.”

The No. 1 Team Penske driver came home ninth, a disappointing result especially given the speed approaching the accident.

“I don’t know what it was, to be honest,” Newgarden said of the wall contact. “It was either marbles or dust from sweepers. We were only 27 laps in and there were tons of marbles. I went straight into the wall. I didn’t expect it, I’ll tell you that [as] I lost the front end completely.”

? REPLAY: @josefnewgarden brushes the wall on the last restart.

Newgarden’s wreck was also sandwiched in the middle of on-track contact, as Alexander Rossi and Ryan Hunter-Reay both had issues on lap 28. And after Newgarden, a multi-car crash swallowed up Indianapolis 500 winner Will Power, Graham Rahal and Rossi, who was launched airborne in the crash.

Simon Pagenaud was second behind Dixon while Canadian Robert Wickens finished third on the podium in his home race.

“I’m not an overly teary guy but that was really cool,” Wickens said. “This whole week has been a whirlwind of emotions. To stand on the podium for my first professional home race, I couldn’t ask for anything better.”