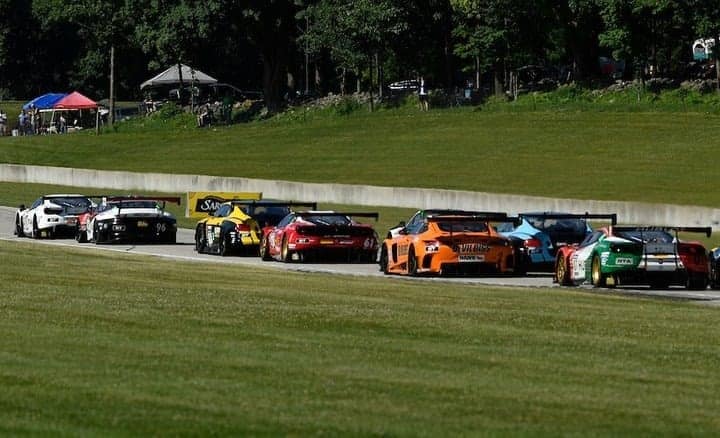 Late Saturday night (July 14), the SRO Motorsports Group and Pirelli World Challenge jointly announced new formats for PWC’s classes that will start in 2019.  The changes are quite significant and (at least for the top class) will greatly change what the on-track product will look like.

For the GT class (now known as GT Pirelli World Challenge), the traditional sprint races are completely out for 2019.  The number of race weekends, as a result will drop from 10 to seven.  Each of those seven weekends will have 90-minute races with two drivers per car.  In addition, the lightly-subscribed GT Cup class that has raced with GT cars will be dropped.  That class has consisted of one or two cars for the majority of the season.

The press release indicates that the schedule will “…draw on the best of the current calendar, while also adding an exciting finale.”  The California 8 Hours, North America’s round in the Intercontinental GT Challenge, will likely not be the final round.

For the renamed GTS Pirelli World Challenge, the SprintX setup will be dropped for 2019.  Instead, the class will race eight 50-minute sprint races with one driver per car.  Platinum-rated drivers will be banned in the class.  While there will still be an overall podium, there will be separate podiums for Silver and Bronze-rated drivers as well.   Some of the eight rounds will be on the same weekend as the GT Pirelli World Challenge, but not all.

In addition to the changes announced for Pirelli World Challenge, two new regional series were announced.  GT4 America East and GT4 America West will each have five race weekends in 2019.  The series were established to provide a cost-effective option for teams to dip their toes into GT4 racing.  These series will run to current GTS SprintX rules, but with no Gold-rated drivers allowed in the Pro-Am division and 50-minute races instead of 60.

While the number of races on each schedule was released Saturday night, the actual races and dates were not.  Official calendars will be released on July 27 at the Total 24 Hours of Spa, the marquee race of the SRO Motorsports Group.