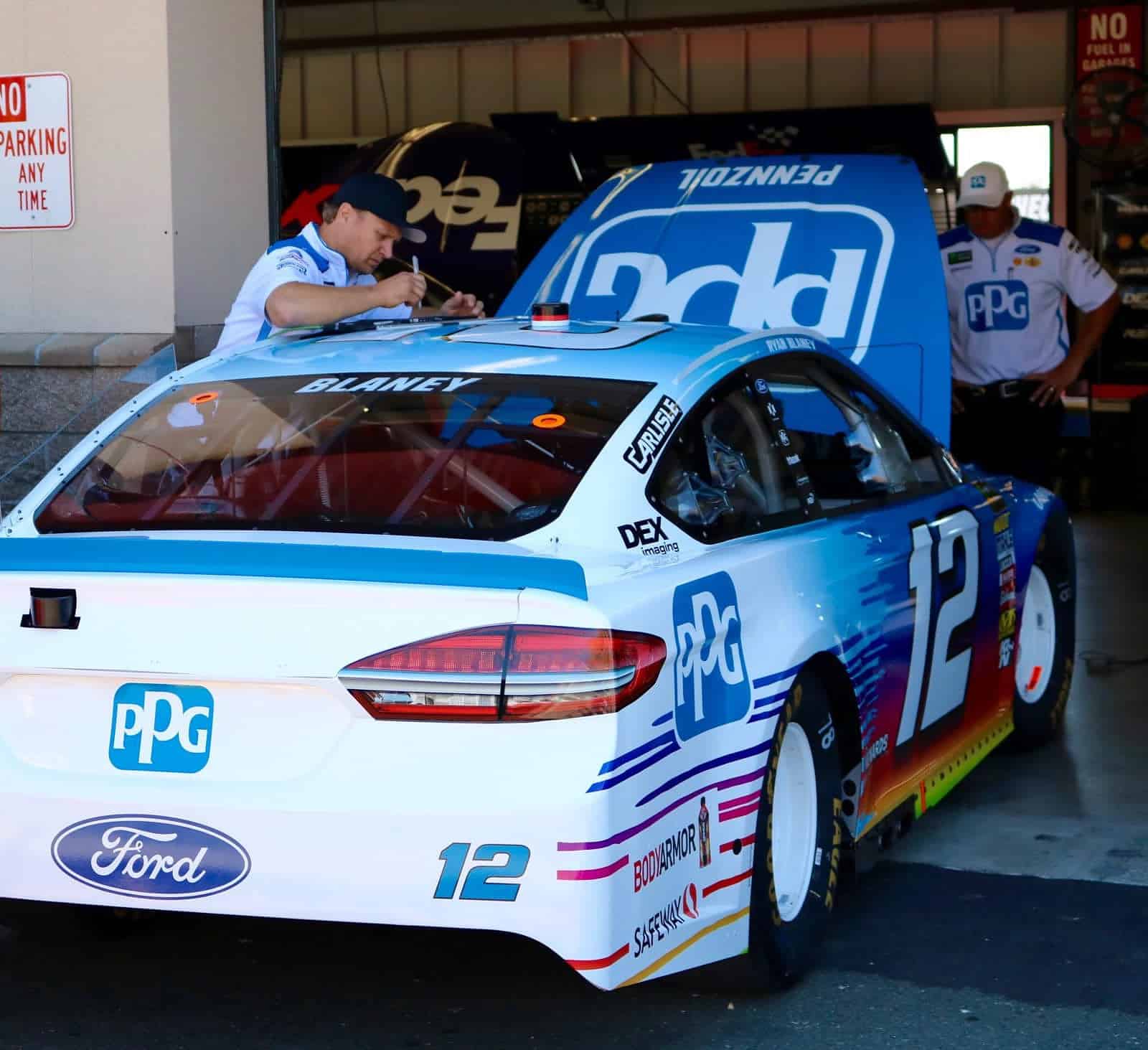 Ryan Blaney is playoff bound in 2018.

No, he does not have a Monster Energy NASCAR Cup Series win this year.  He did come close Saturday night at Kentucky Speedway (July 14) by finishing second to Martin Truex Jr.  It is Blaney’s best finish of the season and his first top five in 12 races.

Between the previous top five at Texas Motor Speedway and NASCAR’s visit to the Bluegrass State this weekend, Blaney has experienced a frustrating run of bad breaks and poor finishes.  The No. 12 team led 100 laps at Bristol Motor Speedway only to get collected in a multi-car crash while out front.  At Kansas Speedway, Blaney led twice for 54 laps, but contact with Kyle Larson while racing in the top five cut Blaney’s tire and sent him into the wall.  Over the last two months, Blaney has also fallen victim to a fiery engine failure in the Coca-Cola 600, power steering issues at Sonoma Raceway and a massive crash at Daytona International Speedway last week that left him with a last-place finish.

So, perhaps, Blaney’s good showing at Kentucky was at least a moral victory?

“I’m really proud of the gains we made all race though, to be honest with you,” he continued.  “I didn’t think we were a second-place car at the beginning of the race and we got a lot better throughout the night.  So, (crew chief) Jeremy Bullins and everybody did a great job. I can’t thank DEX Imaging, and Ford, and Menards enough for what they do.  After the last few weeks we’ve had, this is a very good positive for us.  Hopefully, we can keep it going in the right direction.”

Indeed, finding momentum will be important for the No. 12 team in the next few weeks.  Even with his recent struggles, Blaney remains playoff bound.

Through 19 races in 2018, there have been seven different MENCS race winners.  With seven races to go before the playoffs begin, there will be at least two drivers who enter the postseason without a win.  Among them, Blaney is currently fifth in overall points, behind Brad Keselowski, Kurt Busch, Larson and Denny Hamlin.  While that sounds like a lot of drivers Blaney has to leapfrog, he also enjoys a 128-point advantage over Ricky Stenhouse Jr. That’s the first driver on the outside of the playoffs looking in.  Winning a race would make Blaney more secure, but it is highly unlikely that he will lose enough of that advantage to be in real danger of missing the playoffs.

Reaching Victory Lane remains the number one short-term goal for Blaney.  However, the key to his postseason success will be earning more finishes like he did at Kentucky. That’s where the end result was possibly a little bit better than what he initially thought the car could give him.

Often times, a team’s biggest challenge is to find consistent, raw speed, especially on the intermediate tracks.  While no one has been able to keep up with Truex, Kyle Busch and Kevin Harvick lately, Blaney is not as far off as some of his competitors.  He has led 464 laps this year, which is more than anyone other than this season’s three dominators and only 100 less than Truex.  Those laps led have come at a reasonable mix of short tracks, superspeedways and intermediates.  Even Blaney’s average starting position of 8.7 is third best among all drivers in playoff-qualifying positions.  But his average finish, 16.8, is the worst among all of those drivers except for Austin Dillon’s 19.1.

Blaney’s current rate of performance will get him to the postseason, but what will happen once he is there?  Unless he reels off a few wins in the next two months, the No. 12 team will not have a lot of playoff points to fall back on if it has another mechanical failure.  However, some of Blaney’s best early-season runs came at tracks the MENCS drivers will revisit in the playoffs.  Having had more time to gel with Team Penske’s Cup Series operation, Blaney could definitely be more of a threat to win at those venues when he returns.  But the number of good days gone bad experienced recently make him tough to trust as a championship contender.

It’s races like the one Blaney had at Kentucky which will counteract those doubts about his championship fitness.  Saturday’s race can serve as a guide going forward for the No. 12 team. It’s the best example of how to get the most out of its cars and walk away with the best possible finish, even if it is not a win.

Racing for the Penske-affiliated Wood Brothers last year, Blaney advanced as far as the third round of the playoffs.  Team Penske has all the resources necessary to get him there once again, and even beyond.  If Kentucky gets Blaney’s season back on track, it could be an even bigger positive than he imagined.