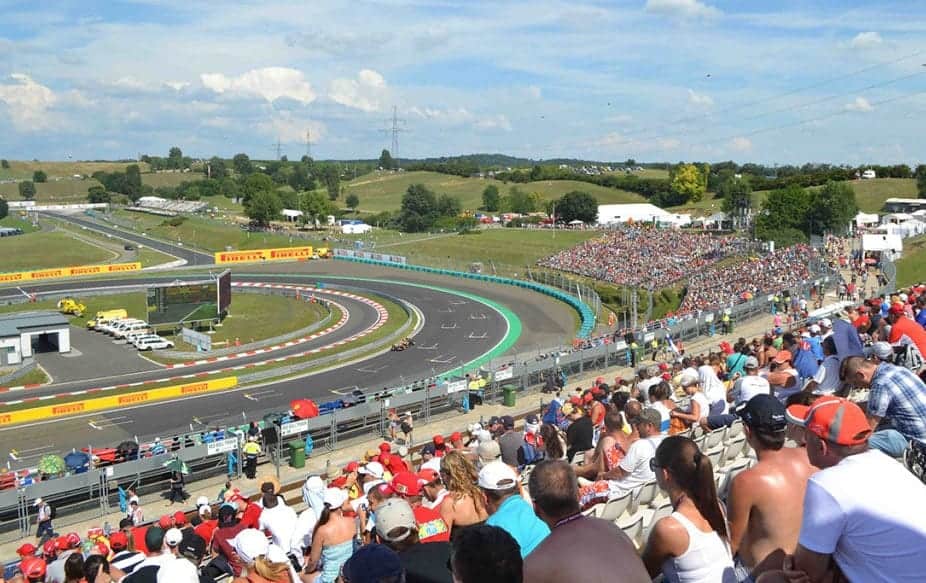 The Grand Prix in Hungary should again be packed (credit: Getty Images)

For many seasons, a question that has accompanied Formula 1 racing is whether or not the sport can thrive in the United States. Bernie Ecclestone, who at one time was the head of the Formula One Management Corporation, never really paid much attention to the idea that there could be a substantial fanbase in the U.S., and paid more attention to adding races in Asia or the Middle East.

However, since Ecclestone sold F1 to the American company Liberty Media, there has been a discussion that the sport could go more in a positive direction. Although the National Football League draws more money and sponsorship than any other sport in the United States, it, and other sports, here are stagnant or declining, and in the world of motorsports, this includes IndyCar and NASCAR.

IndyCar remains stable, but was wounded by the move separating Indy Racing League and Champ Car years ago. Although the two series merged, the sport still has not had much of an increase in popularity.

It has been NASCAR which has dramatically dropped in popularity. A USA Today opinion poll taken two seasons ago revealed what the problem is with the most popular form of motorsport in America. Firstly, the high cost of living in most areas have caused many fans with motorhomes to stay away from the track. Secondly, the idea of making the sport more exciting by adding The Chase final which was then followed by calling the last ten races the Playoffs, which eliminates drivers each round, had also drawn people away. Fox television and NBCSN share the television rights to NASCAR, but the lack of interest has been seen at most races, where the stands have not been filled and some tracks cover the seats with sponsorship covers to hide embarrassment.

With this ongoing trend, F1 could take advantage currently with Liberty taking control, along with the addition of two U.S circuits on the F1 calendar, an American team in Haas F1, an American CEO in charge of McLaren, and hopefully one day, a driver from this country participating.

One thing that Liberty must address is the coverage of the sport in America. ESPN might be covering the sport, but did not learn from NBCSN, that it must cover the racing to the American audience only, and if they can find them, some American announcers. Sky Sports has done a great job with a great talent, but it will not promote the sport in this country with British flavor to an American audience. ESPN has another year on a multi-year contract, so hopefully, the company can change this.

There is still a long way to go for the U.S. in this sport, but with the other forms of racing declining, the world’s most popular form of motorsport can possibly take advantage here of a growing market that has more to offer.