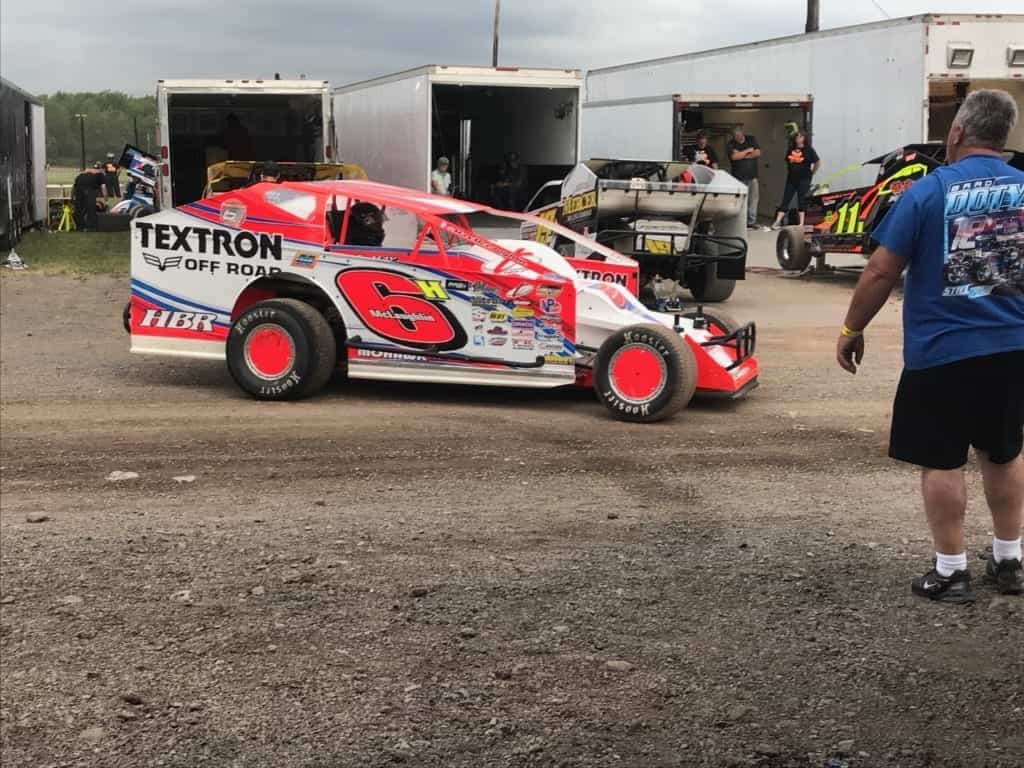 Despite being only 18 years old, Max McLaughlin is one of the most skilled young dirt racers in the northeast. The central New York native is putting those skills to the test in his NASCAR Camping World Truck Series debut for Niece Motorsports at Eldora Speedway Wednesday evening (July 18).

McLaughlin, son of former XFINITY Series winner Mike McLaughlin, has a pair of victories this season in the Big-Block Modified division, competing for powerhouse team Heinke-Baldwin Racing. In addition, he has nine top-five efforts in 30 races this season while building his resume to move up the racing ladder.

That dream takes another step tonight. McLaughlin is one of 39 drivers on the entry list for the Eldora Dirt Derby and is hoping to make his first start in a NASCAR national touring series event.

“It’s going to be really cool,” McLaughlin told Frontstretch. “I’m really excited about making my debut on the dirt track.”

There have been five Truck Series races held at Eldora and three of the winners have a dirt racing background. Austin Dillon grew up driving late models and won the inaugural event in 2013 while Christopher Bell won in a part-time deal for Kyle Busch Motorsports in 2015. The following season, Kyle Larson took the checkered flag, leading 48 laps.

This season, McLaughlin will be piloting the No. 38 Chevrolet, though he doesn’t have a primary sponsor. Regardless, they are giving it a go, checkers or wreckers style.

“We’re going there to win,” McLaughlin said. “The dirt drivers usually have a little bit of an advantage because it’s something the asphalt guys aren’t used to. A lot of the top guys – you’ve seen [Matt] Crafton win and he’s been on the dirt a couple times. You see a lot more asphalt racers going to race dirt as a hobby now.

“There is some stiff competition. You have Crafton, I heard Kyle Strickler (modified driver) is running, and obviously [Stewart] Friesen is going to be the one to beat. I think we’ve got a shot to go run well there and that’s what we’re gunning for.”

While McLaughlin competes in the northeast on a weekly basis, Friesen competes in a Big Block Modified during the week when not at a NASCAR venue. The young shoe has leaned on the veteran in preparation for Eldora.

“We talk every week,” he said of Friesen. “He’s pretty open and it’s cool to have somebody like that who is that talented of a racecar driver as somebody to lean on.”

Though the Modified schedule is currently McLaughlin’s primary focus, he has competed in a handful of different series this season. He raced Peyton Sellers‘ NASCAR late model at South Boston Speedway on May 26 to gain additional experience. He’s also spending time in a super late model, dirt late model and is hoping to drive a sprint car by the end of the year.

Ultimately, the goal is to be like Larson, Bell, Friesen and others who have recently made the transition to NASCAR.

“That would be really cool,” he said. “I don’t know what our set schedule is, but I think we’re going to aim for a couple asphalt races at the end of the year. I would really like to make it to one of the short tracks, either Bristol or Martinsville. I don’t really know at this point, but I would like to get a shot on asphalt.”

Justin Fontaine and Austin Wayne Self are the two primary drivers for Niece Motorsports in 2018. Fontaine has led their effort with a pair of top-10 finishes at Daytona and Las Vegas Motor Speedway.