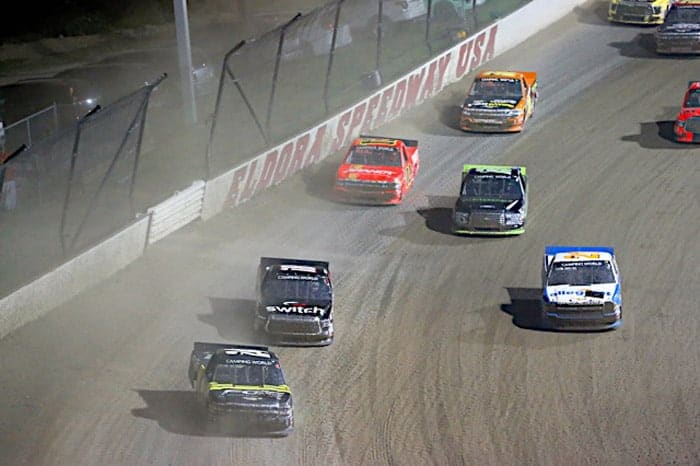 Todd Gilliland ran the most laps (70) in the first session and also topped the speed chart for drivers who ran at least 10 consecutive laps at an average of 90.601 mph.

Meanwhile, Friesen posted a considerably slower fast lap of 86.153 mph to lead the second session over Sheldon Creed. Chase Briscoe was third quickest, followed by rookies Snider and Gilliland, who rounded out the top five.

In a session where 37 of the 39 entered trucks ran, Snider ran the most laps at 86 and Crafton led the consecutive lap speed charts.

Drivers will take to the track to qualify at 4:30 p.m. ET, followed by five heat races and the last chance qualifier to set the field. The Eldora Dirt Derby 150 will run 150 laps at 9 p.m. ET on FOX Sports 1.