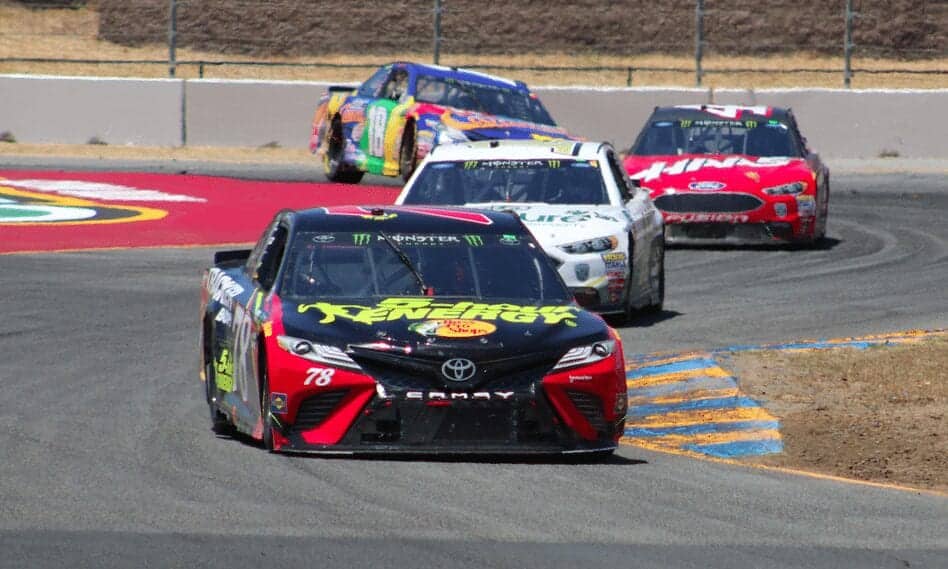 Longtime NASCAR sponsor 5-Hour Energy will discontinue its participation in the sport at the conclusion of the 2018 season, the company revealed Wednesday, July 18.

Rise’ Meguiar, president of sales for Living Essentials, parent company of 5-hour ENERGY, issued a statement on the business decision.

“Since joining Furniture Row Racing in 2017, the team has delivered on every promise,” said Meguiar. “In addition to being a championship team, winning races and putting 5-hour ENERGY in victory lane multiple times, they have also become part of our family.

“We cannot thank Barney Visser, Joe Garone, Martin and the entire Furniture Row Racing team enough for the pride they have given us.  They are a first-class group on and off the track.  Although 5-hour ENERGY has made the business decision to leave NASCAR, we will be fans and friends for life, and we look forward to finishing strong in 2018.”

Truex is currently negotiating a contract extension with Furniture Row Racing. Both sides have said they are optimistic that a deal will be reached in the near future.

” 5-hour ENERGY has made the business decision to leave NASCAR”

ROI kills another deal. This isn’t the last.