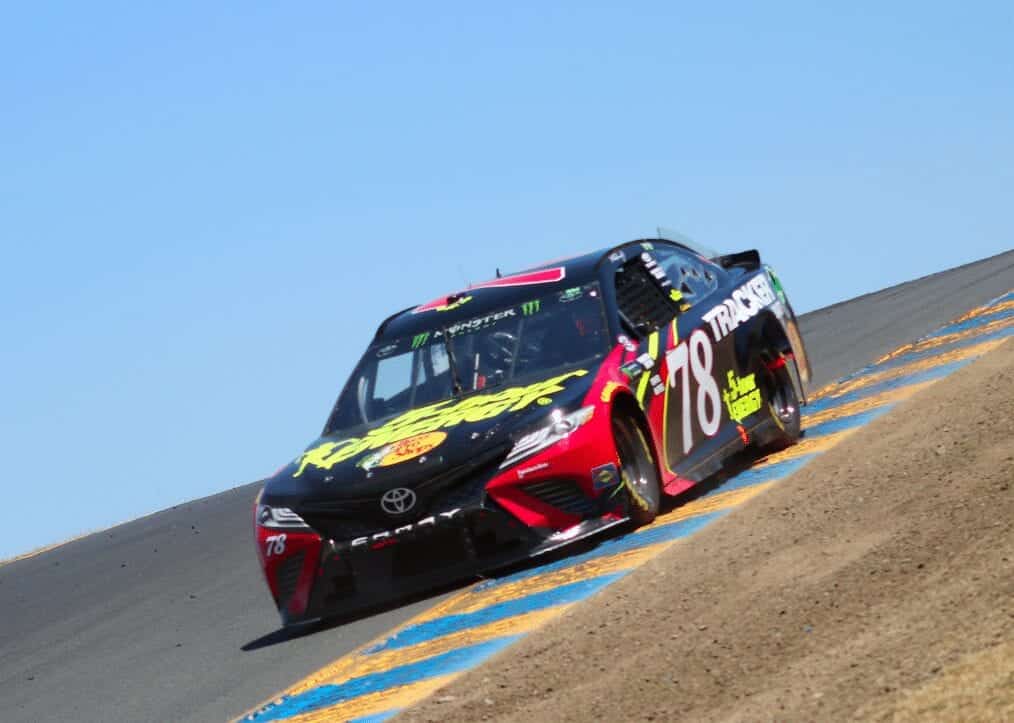 Will the race at New Hampshire Motor Speedway change compared to previous years?

Ever since the Monster Energy NASCAR Cup Series schedule was increased to 36 races in 2001, there have been five racetracks that have lost one of their two dates on the calendar.

The first was Rockingham Speedway. The fall date, which was the second to last race on the calendar most years, was transferred to its International Speedway Corporation sister track Auto Club Speedway after 2003. The Rock, one of the very first speedways on the NASCAR schedule, would only held one more Cup race in 2004,  a thriller where Matt Kenseth beat rookie sensation Kasey Kahne by a foot, before an anti-trust lawsuit settlement transferred ownership of the track from ISC to Speedway Motorsports Inc. ISC gave the spring date to what is now ISM Raceway while SMI, by the terms of the settlement, couldn’t hold races at the track anymore and sold the track off in 2007.

Darlington Raceway was the other victim of the anti-trust suit. The Southern 500, which had been moved to Rockingham’s old November date (because why not ruin tradition?), was removed from the schedule and replaced with a race at Texas Motor Speedway. Darlington had some great racing in the spring in the years following the schedule change, but the recent move to bring the Southern 500 back to Labor Day has made it one of the biggest races of the year again.

Auto Club, which was an automatic sellout when it had only one date on the schedule, struggled to fill seats with two races. In 2011, the track lost the fall date to Kansas Speedway, moving to just a single March event. That March event, as far as race quality goes, has become one of the better races on the schedule due to the aged track surface. Although NASCAR doesn’t release attendance figures anymore, it’s fair to say that the single spring race has had a much easier time filling seats than when the track had two races a year.

When Bruton Smith decided to add Kentucky Speedway to the Cup Series schedule in 2011, Atlanta Motor Speedway was the next track on the chopping block. Atlanta, one of the original four speedways on the NASCAR calendar, was somewhat placated by getting the Labor Day date, traditionally a very strong weekend for attendance. The racing has been pretty good, better than when it had two dates, but due to being just the second race on the calendar now, it tends to be a bit forgotten by the end of the year.

This year, New Hampshire became the fifth track to lose a Cup date. There’s not much of a chance Loudon will end up meeting the same fate as Rockingham, as Loudon is in a fairly large and noncompetitive marketplace, unlike The Rock. Las Vegas Motor Speedway, the track getting the fall date, may well end up over saturating the market like Fontana did and end up losing that date anyway. But one thing that seems to be a lock will be that the lone race at any track that loses a date becomes much more special, when it comes to both race quality and attendance. Loudon shouldn’t be an exception to this.

What will NASCAR do in response to teams reportedly getting around the OSS scanner?

There’s been a bit of buzz around NASCAR about some teams purposely adding black to their paint schemes to hide modifications from the laser scanner the sanctioning body uses for inspections.

To make a long, long story from Kickin’ The Tires short, there are two types of scans: high resolution and low resolution. Low-resolution scans are done for the vast majority of the field, while high-resolution scans are done on all of the black or darker-shade cars because the scanner has problems with dark colors on low resolution. Because of this, the theory is that teams can add black to their paint schemes in specific spots (and teams have done so already) and cheat with those parts of the car.

Supposedly, NASCAR cannot simply run all of the cars through high resolution due to the time constraints, which really isn’t a good excuse. Not doing everything possible to stop cheating will eventually just lead to the sanctioning body having to deal with yet another rules controversy. One way it could perhaps be done would be to run the cars through the scanners overnight on Thursday.

How will the income model change for NASCAR this off season?

There has been yet another announcement of a major sponsor leaving NASCAR, as 5-Hour Energy will no longer sponsor defending Cup Series champion Martin Truex Jr. following this year.

This year alone has seen another major sponsor leave NASCAR. Lowe’s, the longtime sponsor for Jimmie Johnson, will not be returning to the sport either.

While it is disheartening to see so many major companies leaving the sport, the reality is actually very simple: companies want to be sponsors in NASCAR, they simply don’t want to spend as much money as teams are charging. My family owns a carpet store, and we’d like to advertise it on TV, but we aren’t going to spend the money the stations want for a 30-second ad at midnight on the local station. There’s no way we could see all of it come back.

Sponsors have figured out that spending $20-$30 million on a race team for 30 races a year just doesn’t provide an ROI worthy of the purchase. Instead, the system where a team has multiple sponsors for four-to-six races each has become the new norm. But even then, teams are still losing those sponsors at an alarming rate. There needs to be some kind of change when it comes to either how much teams are charging for sponsorship or how teams generate the majority of their income.

Which Toyota will rule Loudon?

Over the past three years, only one driver — Matt Kenseth — has finished in the top 10 in all six races at New Hampshire. But as tempting as that 2.8 average finish looks on the stat sheet over the same time period, don’t pick him for fantasy racing. The No. 6 struggled to finish 19th last week at yet another track Kenseth has been statistically excellent at, so he won’t be in the hunt for yet another win here.

Instead, it’s smart to just bet on Toyota in general. Outside of Kevin Harvick‘s win in 2016, Toyota has not lost a race there since 2014. Denny Hamlin in particular will be one to watch on Sunday. Loudon has long been a great racetrack for Hamlin, as he has won three races there and has a career average finish of 10.1 at the track.

Denny won’t win. He is afraid of lobsters.

Throw the OSS machines in the trash. Parity doesn’t work. Creativity does.

Nobody wants to sponsor a driver over 40. That’s why Chase Elliott with zero wins adds sponsors as former champions lose them.