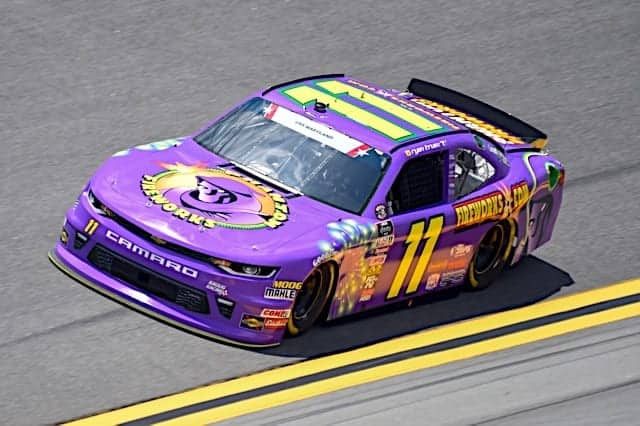 Heading into Saturday’s Lakes Region 200 at New Hampshire Motor Speedway, Brad Keselowski was going to be one of the favorites to win the race. After a pair of practice sessions of Friday, his stock rose even higher.

In opening practice, the No. 22 car showed just that, pacing the field at 128.040 mph, close to one-tenth of a second ahead of the second quickest time. The 2010 series champion is a two-time winner at NHMS.

While Keselowski is a former winner at the track, Cole Custer is looking for his first win in the XFINITY Series this season and finished the session in second (127.619 mph). He finished just ahead of Ryan Preece (127.491 mph), who is running both the XFINITY and Whelen Modified race at NHMS this weekend.

Nemechek, who is making his first XFINITY start at the track, turned the most laps with 46. There was just one incident as Cindric got out of the racing groove in Turn 1 and slapped the wall with his right rear quarter panel.

33 of 40 drivers on the entry list turned a lap in the session. Angela Ruch was the slowest, eight seconds off the pace.

For much of final practice, Keselowski was sitting atop the scoring chart, but as time winded down, Truex posted the fast lap of the session at 128.898 mph, more than a tenth-of-a-second ahead of the No. 22 machine.

Nemechek, Brandon Jones, Preece, Kaz Grala and Hemric made up the rest of the top 10.

For the second straight practice Nemechek ran the most laps (44), tied with Bell. The No. 20 car also had the quickest 10-lap average.

Qualifying for Saturday’s race will be held at 11:05 a.m. ET. Kyle Busch is the defending race winner.