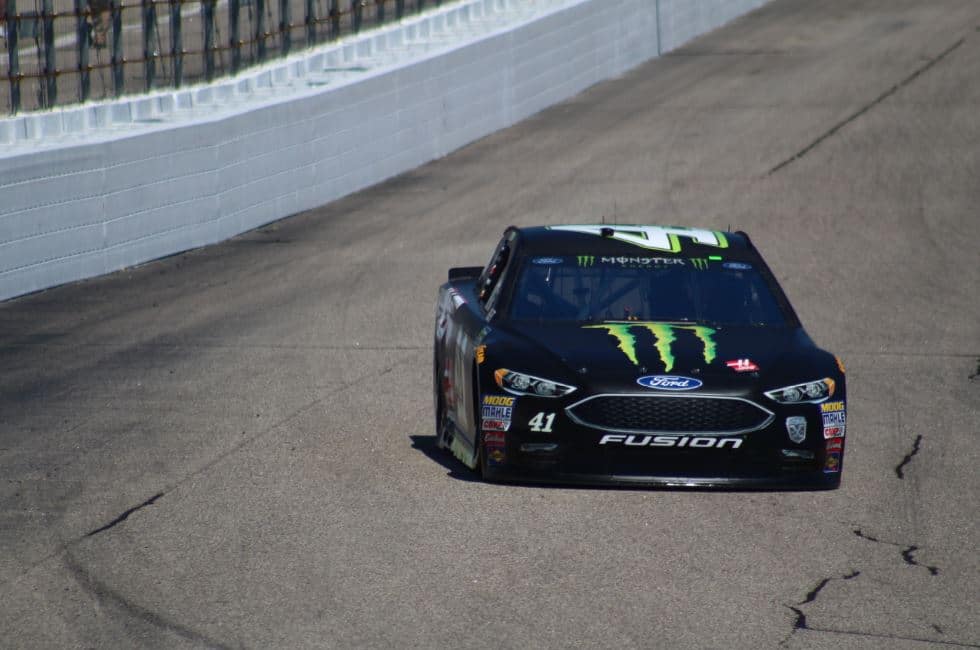 After the first two rounds of qualifying for Sunday’s Foxwoods Resort Casino 301 at New Hampshire Motor Speedway, it looked like it was going to be a Toyota winning the pole. However, Kurt Busch had other plans.

Busch, three-time winner at NHMS, improved each round, jumping all five Toyotas in the final stage to win the pole for Sunday’s race. In the final round of qualifying, he ran a lap of 133.591 mph, less than two-hundredths of a second ahead of second. It’s the third pole of the season for the No. 41 team and first in the Granite State.

“That was a perfect scenario for us on how we didn’t have to adjust the car through the three rounds,” Busch said after winning the pole. “We had a gameplan going in, and it sticks — that’s when it feels the best. I’m happy with what BIlly Scott told me to do, and that was in the third round, we didn’t wait. We went out there and set the tone.”

“It was alright. We wanted to do better than that,” Jones said of his seventh-place effort. “It got a little free in the last round. We didn’t see the track really going freer, but it’s a decent starting spot. If you can start up in the top 10, you’re in a good spot.”

While Busch won the pole, a trio of Stewart-Haas Racing teams missed the final round of qualifying, with Aric Almirola leading the bunch in 13th, Kevin Harvick just behind in 14th and Clint Bowyer 15th.

Joey Logano, two-time winner at NHMS was 19th on the board, while Jimmie Johnson was the only Hendrick Motorsports Chevrolet not to make the final round and will roll-off 21st.

Matt Kenseth comes into New Hampshire with five consecutive top-five finishes at the track, but will have to come from 31st starting position in the No. 6 for Roush Fenway Racing.

There will be two Cup practices tomorrow, the first beginning at 10 a.m. ET. Final practice will start shortly after 12:30 p.n. ET. Hamlin is the defending race winner.

Looked like he saved his tires for the last round.

I love Foxwoods and Mohegan Sun!!!!